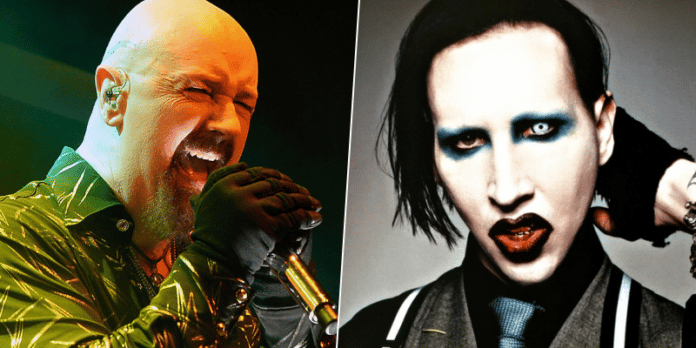 The renowned rock and roll photographer Ross Halfin has just updated his official social media account with a new photo including the legendary musicians Marilyn Manson and Judas Priest singer Rob Halford and revealed one of the rare photo-shoots of them.

In the photo shared by the photographer, Rob Halford and Marilyn Manson were posing while looking towards the camera. Marilyn Manson was holding a bullet which replaced with his middle finger.

Ross described them as metal gods: For those of you who live in the land of the Metal Gods …. #rosshalfin #robhalford #marilynmanson.

The photo attracted great interest from the fans who saw the photo. A couple of them expressed that they are two of the legendary musicians in music history.

For those of you who live in the land of the Metal Gods …. #rosshalfin #robhalford #marilynmanson

Satchel on Motley Crue’s Tommy Lee and Nikki Sixx: “The Guys Want To Act Like D*ckheads”