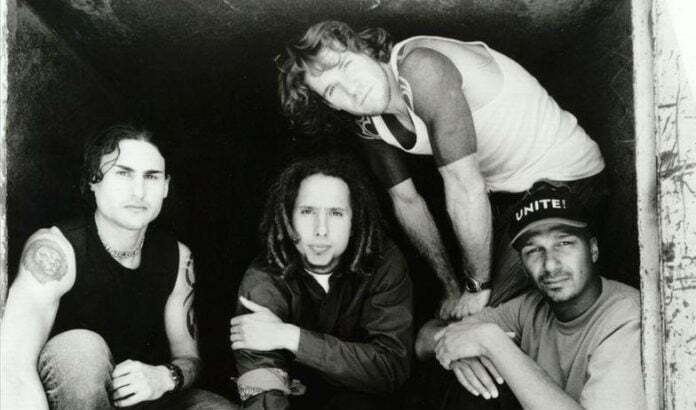 UPDATE: According to Wall Of Sound AU, the poster is a fake. The poster was made by an Australian based concert troll who initially posted it up yesterday but misspelt Auckland so they took it down and tried again today. It’s made international headlines.

Also, the troll send them a statement about the poster:

“So, the insta was shopped, the poster isn’t anything amazing but the Insta really sells it. I just changed the post count and time stamp of it haha As far as why [I did it], I mean, I love a good troll hey. Plus how sick would it be if Rage did get their ass down here, and Splendour doesn’t seem too far out of the realm of possibility. Especially as it’s their 20th year.”

According to Tone Deaf, the newly reunited Rage Against The Machine are planning to world tour in 2020.

An admat, which includes the tour dates, has posted accidentally from the band’s Instagram account. When they realized the accident, they immediately removed the photo, but it was already saved by Tone Deaf as a screenshot.

The photo revealed that the band would perform a 23-dates tour, which will start in El Paso on March 26, and end in Rio de Janeiro on October 3.

According to the leaked poster, the dates are of the band will play are as follows: