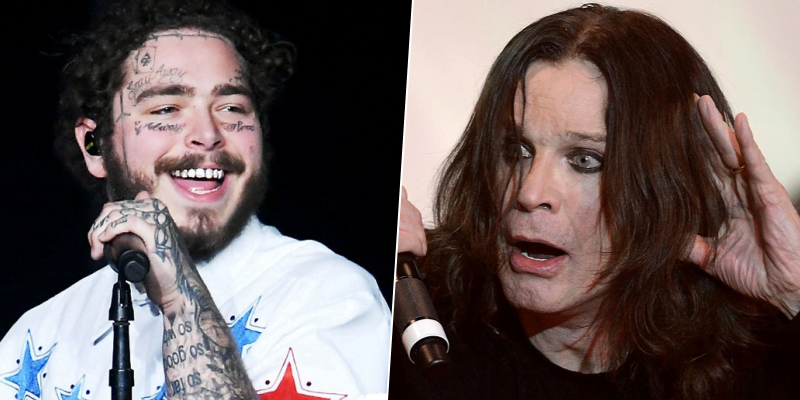 As we know, Ozzy Osbourne and Post Malone collaborated for a track called Take What You Want, which taken from Post Malone‘s third studio album Hollywood’s Blending. And we easily say that the collaboration turned friendship between two because, after the collaboration, they came to a close friend with each other.

In a new conversation with Kerrang! Magazine, The Prince of Darkness, best known as the Ozzy Osbourne, who rose with the world-known heavy metal band Black Sabbath, has recalled one of the rare moments about his first meeting with Post Malone and revealed his first reaction when he heard him for the first time.

“I said, ‘Who the fuck’s that?’ But I ended up doing the song with him, and it was great. He was cool, and it felt good to be doing something again.

“One thing led to another, and Andrew said, ‘Do you wanna do some more? Carry on?’ And I went, ‘Yeah, let’s see what happens…’ So we just wrote an album, not really thinking about it too much, and it came out in no time.”

Also, Ozzy Osbourne and Post Malone made their first performance for Take What You Want at the 2019 American Music Awards, which took place at Los Angeles.