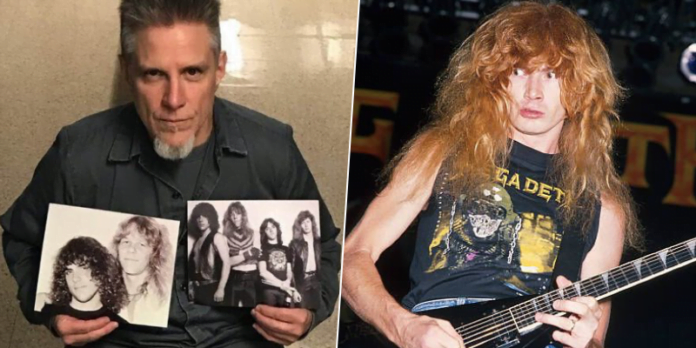 Ron McGovney, the first bass player of the American heavy metal heroes Metallica, has recently responded one of his followers’ tweets and revealed the rare-known moment he ever lived with former Metallica member Dave Mustaine, who fired from the band because of his overly aggressive behaviors.

In the tweet sent by a fan, she asked for help from Ron about something she had seen before. She had a party photo from the first days of Metallica, and she asked Ron a question to confirm its year.

“Hey Ron McGovney, could tell us when these were taken? I’ve seen couple posts saying it was ’83, so do you confirm that?” she asked.

Also, when a fan asked if he was having a party at La Mirada, Ron said, “Of course.”