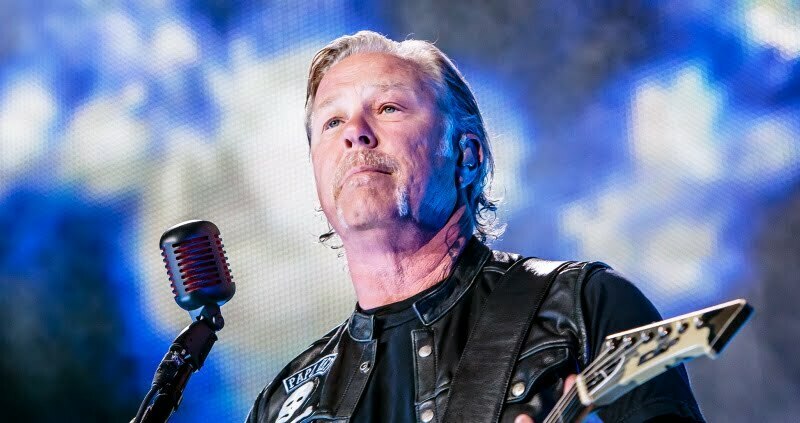 With a recent statement shared by Metallica, James Hetfield wrote a letter and gave details about his state of health and the future plans of the band.

In the statement written by James Hetfield, he said that he cannot make it the band’s upcoming shows Sonic Temple in Columbus and Louder Than Life in Louisville.

During a conversation with Ultimate-Guitar, Gary Spivack, the official executive VP of the Danny Wimmer Presents, has revealed new details about Metallica‘s leaving from the 2020 Sonic Temple Festival and explained how the process was progressed.

When the interviewer asked, “So, take us from that initial phone call where you found out that Metallica had to drop out, to the announcement of Tool and Red Hot Chili Peppers as the new headliners, what happened in that timeframe?”, Gary replied:

“Well, we got the call from Metallica’s management team, Q Prime, who are, the best managers in the business, hands down, and said that James has Sobriety Weekends that are requirement weekend that are throughout the calendar year, and unfortunately, a couple of those weekends fell on our festivals.”

He also said that Metallica will still in the Welcome to Rockville, Epicenter, and Aftershock lineups for 2020.

“Although Metallica will still be at Welcome to Rockville, Epicenter, and Aftershock in 2020 with us, we did lose them for Sonic Temple and Louder Than Life. So, then it was, how do you even contemplate filling the shoes of the biggest band in our world? Well, you do it by finding two of the biggest bands in our world.

“So, we got Red Hot Chili Peppers, with John Frusciante, which will be one of only four shows they’ll be doing in 2020, and of course, Grammy award-winning artist, Tool.”

Also, the legendary frontman of the Metallica, James Hetfield, made his first appearance at the Petersen Automotive Museum special car exhibit since getting out of rehab.