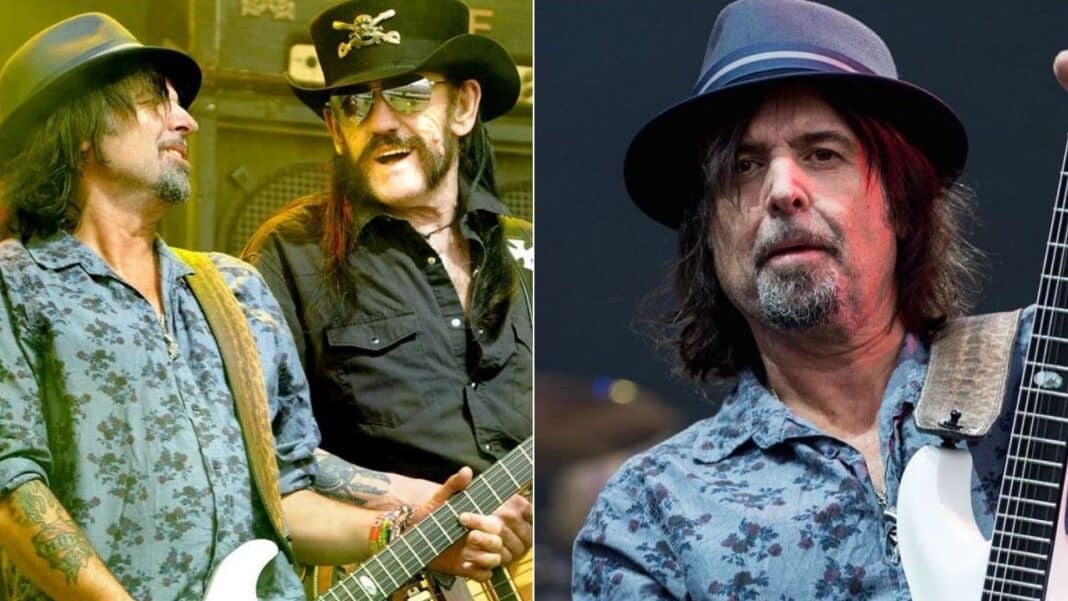 Phil Campbell, known for the guitarist of the heavy metal band Motorhead, admitted a weird fact about his late bandmate Lemmy Kilmister and mentioned how he would have acted during the coronavirus pandemic if he was alive.

Speaking about Lemmy Kilmister and his weird behaviors, Phil Campbell admitted that he was always around. When the Classic Rock Magazine asked, “Lemmy died around Christmas. Do you think of him more at that time of year?”, Phil replied:

“Nah, I think of him most days. Just being on the stage or the tour bus, coming down to use the toilet at five in the morning, and Lem’s still awake. He’s always around, at the back of my head somewhere.”

Elsewhere in the conversation, Phil was asked how his bandmate would have acted during the coronavirus pandemic. He said, “I don’t think he would have wanted to tour. He might have just said fuck it, gone out and played. But when he saw people dropping, I think he’d have realized the danger. He was quite lazy as well. Lem liked to just stay home when he could. Go to the Rainbow [bar in Los Angeles] and that’d be it. That’d be his day.”