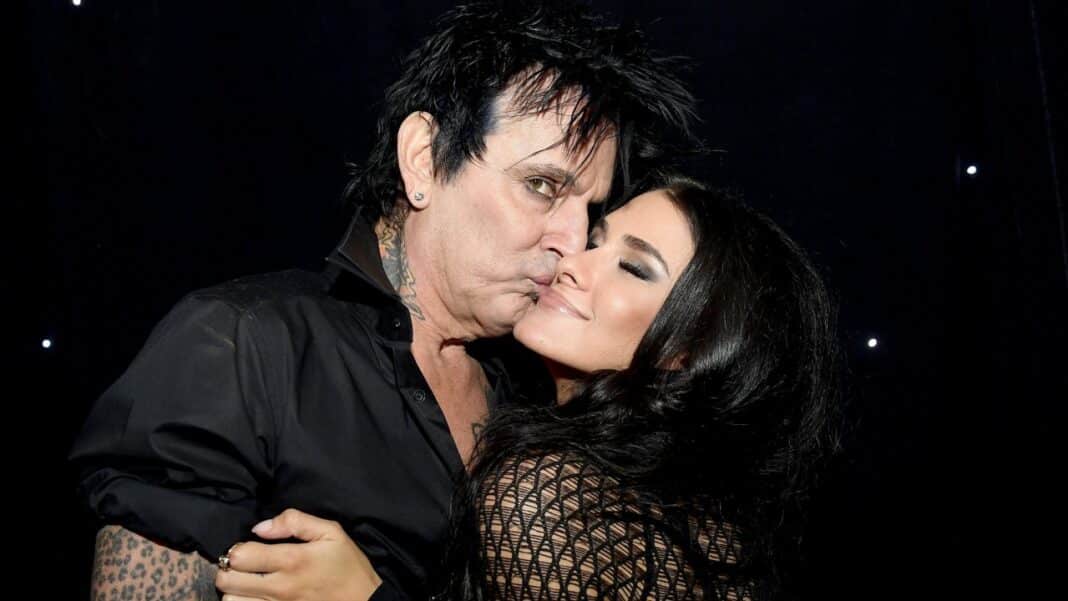 One of the first names that come to mind when talking about crazy musicians, the American heavy metal band Motley Crue drummer, Tommy Lee. This time, he pretended to be his wife, Brittany Furlan Lee, and showed how she acts at home while spending some free time.

Recently, the 58-year-old drummer took to his official Instagram account to make people happy and revealed some funny moments. In the video he shared, Tommy Lee pretended to be his wife and showed how a funny man he is.

When the video started, Tommy Lee was playing with a tablet and talking like a woman. Following that act, there were cupcakes, and Tommy was saying that he wanted to take it for his social media account. Meanwhile, Tommy was also saying that he was tired and that he only slept for sixteen hours last night. When the video approaches the end, Tommy Lee was licking banana and showing his ass two times.

Top of the video, it was writing, “My husband pretends to be me.” Also, Tommy Lee captioned the post, “What I deal with on the daily!!!”

The funny video can be seen below.