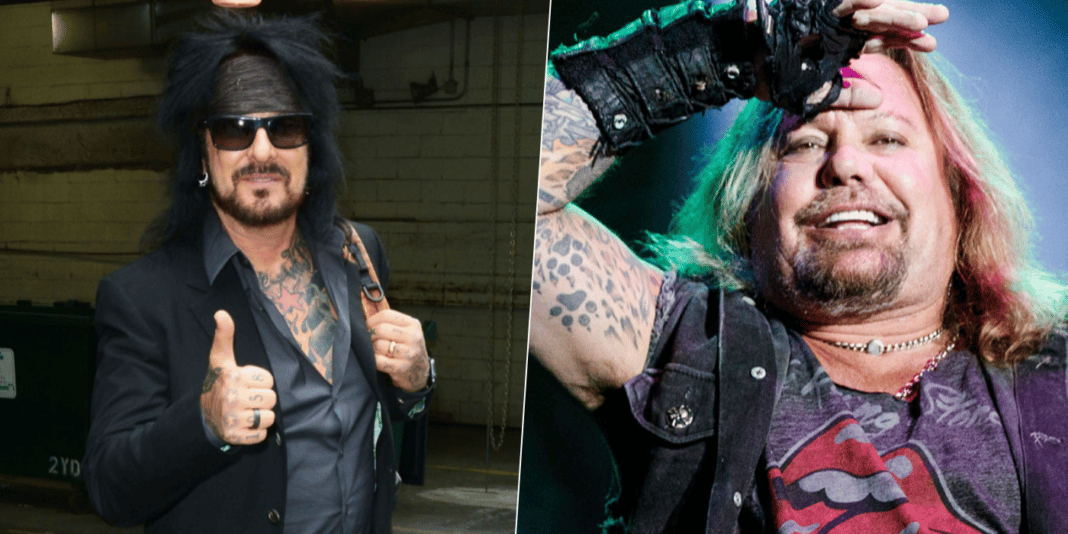 The American heavy metal band Motley Crue, who announced on June 1 that they forced to postpone its Stadium Tour to the next summer, has just sent a new photo featuring the band’s legends Vince Neil and Nikki Sixx and kept in touch with fans.

In the photo shared by the band through its social channels, Nikki Sixx and Vince Neil were interviewing around their fans. They were both wearing sunglasses and looking great. In addition to his sunglasses, Vince Neil was drinking a coffee.

In the caption, Motley Crue described the moment by using the following words:

“Now Listen Up #Crüeheads it’s Rock N Roll story time…
You know the one I mean.”

Under their social media post, many fans commented to share their thoughts about the musicians. While many of them were touching their lap, some of them said they missed those days.