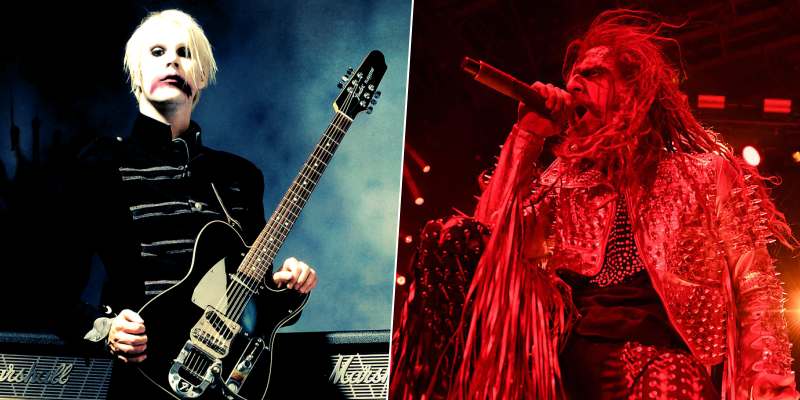 During an interview with Talkin’ Rock With Meltdown, the current Rob Zombie guitarist John 5, who has nine solo albums on his solo career, has recalled his early days with Rob Zombie and revealed rare-known moments about him. He also touched how he joined Rob as a guitarist.

When the interviewer asked, “How long have you been in Zombie? 15 years? Could you have seen yourself still with Rob after 15 years?”, John responded:

“Yes, absolutely. When we first hung out – this is a funny story – we did this benefit for the tsunami. It was, like, No Doubt and all these bands and all the stuff.”

John also touched how he joined Rob Zombie as a guitarist and revealed once upon a time he thinks about Rob that he is weird.

“And I was just getting to know Rob, and we were, like, chit-chatting like brothers, and I remember his manager coming to me, he goes, ‘Why don’t you give Rob a little space?’

He continued: “And then we were just sitting at the opposite sides of the room, looking at each other, and I told him years later, ‘Oh yeah, your manager told me to, like, give you some space.’”

John also said that Rob like his brother and continued:

“He’s wonderful, and we have such a great time on tour, and he loves playing Detroit because it’s always a party. We recorded a DVD here, and Live album, because it’s great, it’s wonderful here – always have a Zombie party, that’s for sure. It’s crazy.”

John 5 rocking the stage with Rob Zombie since 2005.