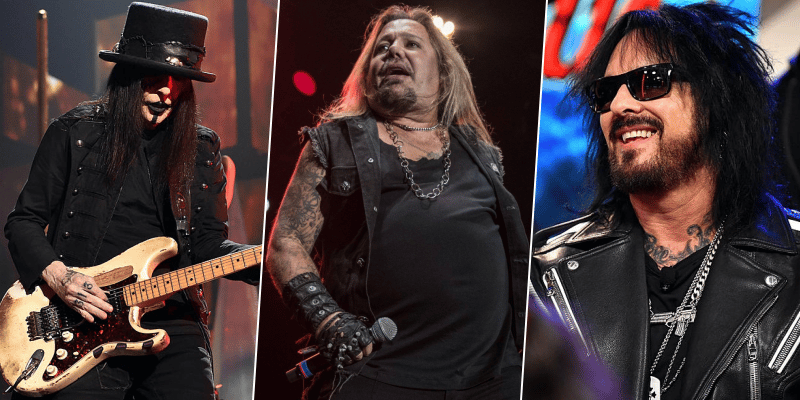 The American heavy metal band Motley Crue, which announced its reunion with a 2020 Stadium Tour including Def Leppard, has just updated its official social media page and remembered the rare moment of the band’s legends Nikki Sixx, Mick Mars and Vince Neil.

In the photo they shared, Nikki Sixx, Mick Mars and Vince Neil were side by side on stage as always. They were rocking the crowd with their performance. Also, when Nikki Sixx was smiling while looking at the Vince Neil, Mick Mars continued to have fun with his guitar.

When Motley Crue sent the moment, they wrote familiar words in the caption of the photo. They used to describe the moment by writing a piece of lyrics of the band’s track “Dr. Feelgood.”

Motley Crue wrote the following words in the description of the photo: “He’s the one they call…. #mötleycrüe.”

In the comments of the photo, the fans continued the unfinished words and yelled, “Dr. Feelgood!”

He’s the one they call …. #mötleycrüe