The world-famous American heavy metal legends Slipknot has recently announced that more artists for Knotfest Japan 2020, which will take place at Makuhari Messe between March 20 to 21, 2020, has been announced. The announced artists are includes Babymetal, Mari Hamada, Coldrain and Suicide Silence.

Slipknot will play on both days of the festival, while Korn will be a special guest.

You can see the announced lineup and the day they will play below. 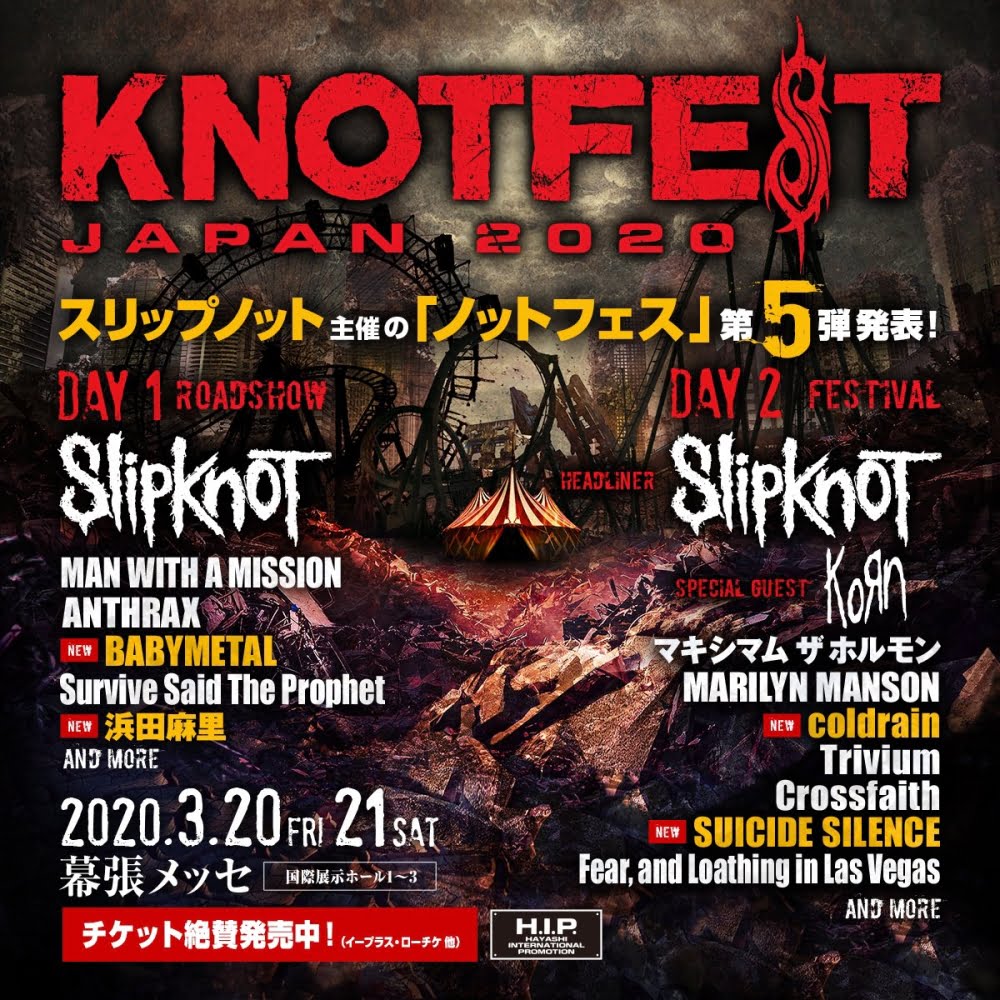