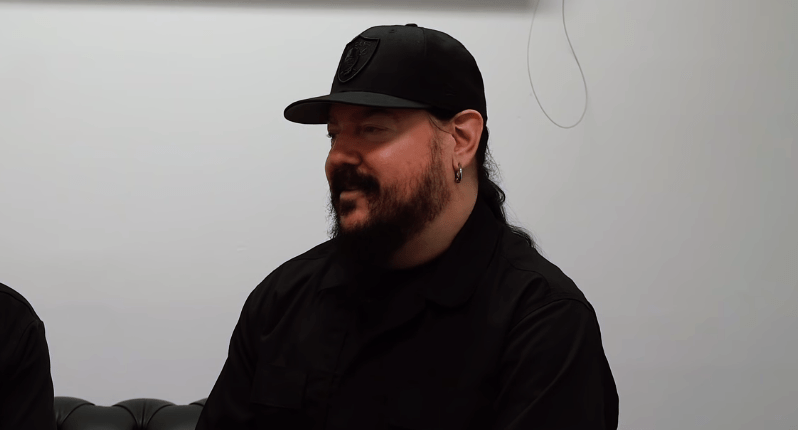 In a new interview with The Captain at Slipknot‘s The London O2 Arena show’s backstage, Mick Thomson, the guitarist of the American heavy metal band Slipknot, has talked about his early days with Slipknot and revealed the band’s invisible face.

While he talks about his pre-Slipknot band, he said he was in technical death metal with Paul Gray, the bassist of the Slipknot, and continued:

“I got in towards the end of that, and then we lost the drummer, never really got another drummer…

“So we tried, wrote a couple of songs on drum machines and shit, but we could never make it, we could never find a drummer and make that work in Des Moines, try to find a really technical death metal player in ’94, there wasn’t many of them.”

While he talks about his years with Slipknot, he revealed the band’s invisible face and said he brings the death metal aspect into the band.

“Slipknot happened while we were kind of just trying to figure out what we’re gonna do. I mean, I always brought more of a death metal kind of aspect into the band. Paul and Joey love death stuff too.”