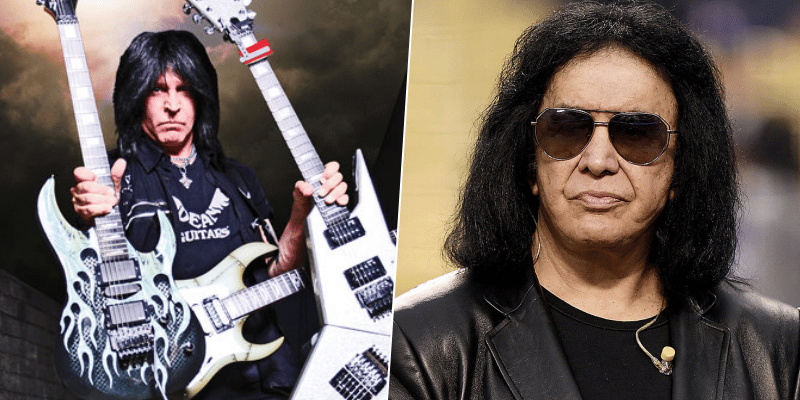 During an appearance with them, Michael remembered the phone call he made with Ozzy Osbourne.

“Ozzy Osbourne back in the day, in my Nitro days, had his management call me, and wanted me to audition.

“And I was getting ready to be signed the Warner Brothers with Nitro, so I said, ‘I’m already going to be in this big band.’”

While he was continuing his words, Michael revealed what KISS‘s Gene Simmons thinks about the band.

“Gene Simmons loved our band, he loved the name Nitro, he would’ve signed us to Simmons Records, his label to RCA, so I had opportunities, but when I went solo, I completely rethought the way I wanted to have a career.

“And I don’t regret it because a lot of times I found when you’re in the big bands, it’s not as glamorous as you think, you go on these tours.

“You act like a rockstar, but here’s how I think about it: you got this pie, this is the money, your management takes 20%, your agent, off the gross, which is about 40%; then you have the tour managers, then it starts to whittle down, so this big pie, and you’re getting a slice.

“But like, ‘This ain’t big enough, I want more of that pizza.’ I went on a different trajectory, I completely changed my career, and my dad had a great saying; he said, ‘Son, it doesn’t matter if you’re the most famous person or the wealthiest. Be happy.’

“And I made a really good decision. From ‘No Boundaries on, I toured 58 countries, and I’m so busy. If I can start touring again, the rest of this year is filled, completely filled ’til Christmas, and so I’m just grateful.”