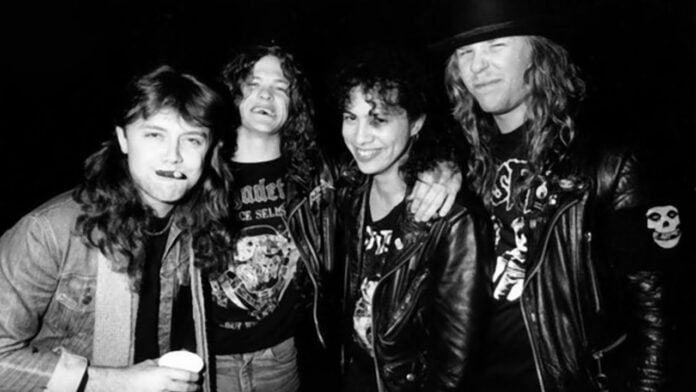 Current Metallica guitarist Kirk Hammett and the former bassist Jason Newsted have made a recent appearance on Kerrang! Magazine and revealed their thoughts about The Black Album‘s undeniable success.

Metallica had released its self-titled fifth studio album, Black Album, on August 12, 1991, through Elektra Records. On the album, Metallica recorded songs such as Sad but True, Enter Sandman, Nothing Else Matters, The Unforgiven, The Got That Failed, which received a lot of attention from fans.

Furthermore, shortly after announcing the new massive reissue of Black Album with 53 massive artists is set to release on September 10, the members have remembered the album’s success. While flying metal’s flag for the community for over the years, Metallica and its members were sure that they changed something big.

“It felt really strange,” he said. “It was great, in that we were flying the flag for heavy metal, we were bringing our type of music to a lot of people that had not heard it all around the globe. But at the same time, a lot of our core underground fans, they thought they were losing us. And I can understand that.”

“When a band goes from selling a million albums to all of a sudden selling 12 million albums, the feeling of intimacy with that band starts to erode.”

After all, Newsted added his words about how his former band Metallica influenced many bands. He also stated that AC/DC and Iron Maiden took the music beyond the position it was.

“Thirty years on, how many thousands of bands of all languages, shapes, colours, dialects have been influenced by what we did?” Jason asked. “AC/DC and Iron Maiden took down the walls, taking this music to places it had never been. That gave us the chance and we fucking crushed it. We made a lot of people happy and we influenced a lot of people.”