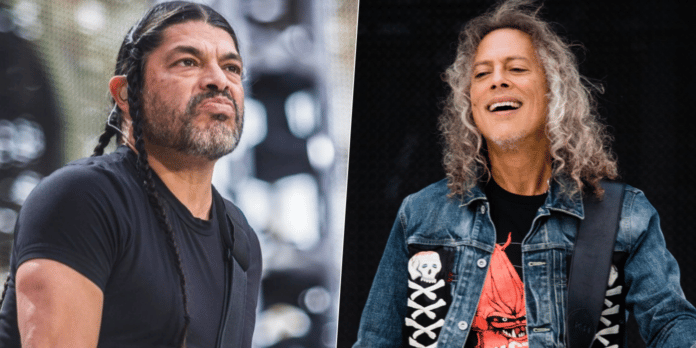 One of the rarest poses of Metallica legends Robert Trujillo and Kirk Hammett has been revealed by the band’s guitarist Kirk Hammett and expressed his excitement in a special way.

As many of Metallica fans know, Metallica reunited for a rehearsal for the first time after coronavirus lockdown. Recently, the band posted two different videos from their rehearsal, which includes Creeping Death and Battery.

With a recent Instagram post, Kirk Hammett shared a post with his bandmate Robert Trujillo, the bassist of the band, and stated that he excited for their reunion. In the post, they were in a backyard and playing guitars. They looked quite happy to reunite after a long time.

In the caption, Kirk Hammett wrote:

In the comments, Robert Trujillo shared his thoughts about the photo and sent a comment about it.

You can find Kirk Hammett‘s social media post below.