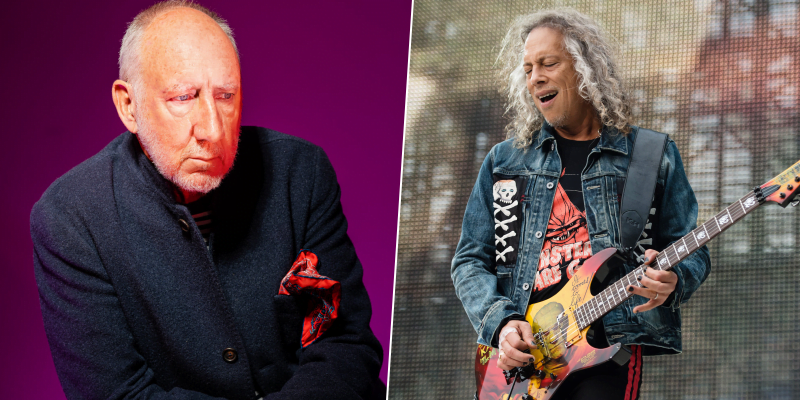 Kirk Hammett, who plays guitar in the heavy metal legends Metallica since 1983 after the firing of Dave Mustaine, has just sent a new photo through his official social media account and praised the English rock band The Who star, Pete Townshend.

In the photo taken by the world-renowned photographer Ross Halfin, Kirk Hammett and Pete Townshend were posing side by side while Pete was holding Greeny Les Paul guitar.

“Two guys and a legend,” Kirk wrote in the caption of the photo.

Also, the American heavy metal band Anthrax icon Scott Ian has commented on the photo and shared his thoughts about Pete.

“I picked up a guitar because of him,” Scott wrote as a comment.

During a recent conversation, Kirk Hammett revealed how he got the Greeny guitar and gave more details about it.

However, while his friend said the guitar is neither 2 million nor 1 million, Kirk decided to look at the guitar and then asked his friend to bring the guitar to his hotel.

Kirk said when he took the guitar in his hands, he was completely impressed. He also added that the guitar had ghost notes and that it was perfect.

Two guys and a legend 🎸 #greeny 📸by @rosshalfin ⚡️