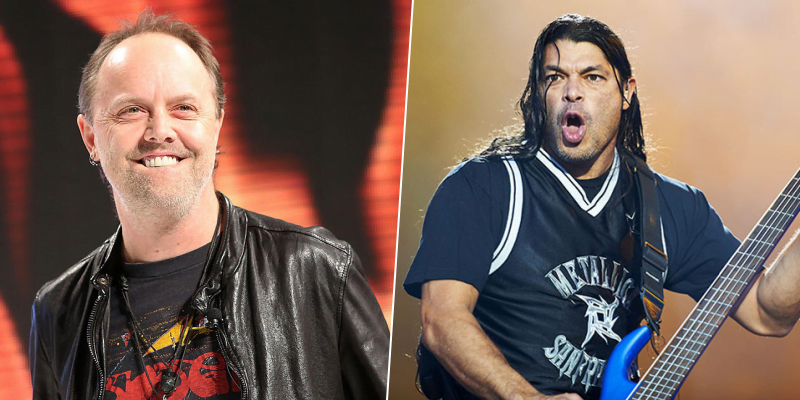 The 39-year American heavy metal band Metallica co-founder/drummer Lars Ulrich has just updated his official social media account with a photo featuring his bandmate Robert Trujillo, which playing bass with the band since 2003.

In the photo he shared, there was Lars Ulrich‘s drum set and Robert Trujillo. As always, Robert was rocking and was in front of us with the facial expression we know.

“Friday view. Have a great weekend… Stay safe,” Lars Ulrich wrote in the caption of the photo.

The photo attracted huge interest from the fans who saw the photo, and they expressed their excitement. Many fans thought that Metallica was rehearsing for the shows they would play, many fans thought the new material is coming, and many of them have also thought that the concerts to be played in their city would not be canceled.

On February 24, 2003, the world-known guitarist Robert Trujillo, who received one million dollars from the band as an advance for joining heavy metal legends Metallica, was joined them two years after Jason Newsted resigned.

With a recent statement shared by Metallica and written by James Hetfield, Metallica have announced that they forced to cancel their upcoming shows featuring Sonic Temple Festival in Columbus and Louder Than Life Festival because of the state of health of the James Hetfield.