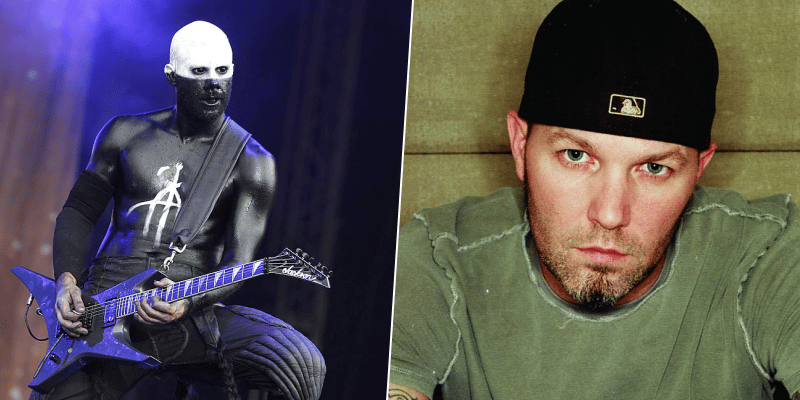 In a new appearance on Metal Hammer, Fred Durst, known for the singer of the Limp Bizkit, recalled his first seeing his bandmate, Wes Borland, and revealed how it looked like at the time.

While he was talking about the issue, Fred said:

“I believe you are born with a core you carry for life. And from infancy to maybe six or seven you are so impressionable that it probably molds your neurosis and sets a path for you.

Being a kid and going through that coming of age was definitely not a good period for me. It was brutal and violent, and I found myself a victim of lots of different abuse and being powerless for a long time… until I got a microphone and put together a band.

The first time I saw [Limp Bizkit guitarist] Wes Borland, he had ponytails and girly half-shirt on. He was playing in a band called Kraank and was like Les Claypool on guitar, with a little Manson in there.

So he joined and the other guys taught him the songs. I actually met Wes for the first time at our first gig! It was wild but it worked. I made up vocals on the spot!

We never took time to consider friendships, that wasn’t part of it. It was just about the magic that happened when we were together… none of us were ever friends…

I never attach myself to anyone emotionally. It’s like there’s always an agenda with people. I am a loner because I knew it was always about the success or popularity or whatever. It’s hard to trust anybody and I never did. Unfortunately, I just became more of an isolationist.”