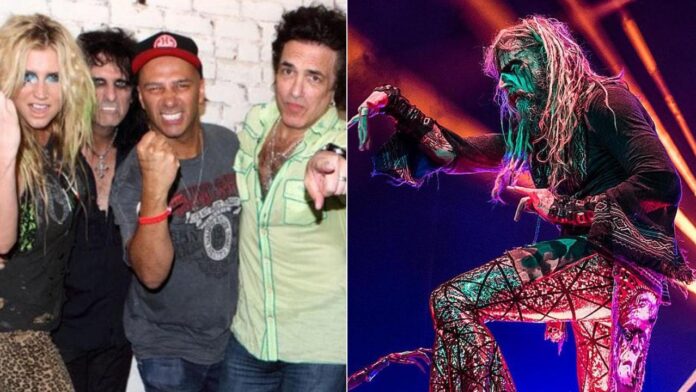 The photo was belong to 2011 and taken in the backstage of Alice Cooper‘s Whiskey A Go-Go gig. In the photo, the rockstars and American rapper Kesha looked very happy to posing with each other. Kesha and Rob Zombie have given the same pose and showed their middle fingers. They rocked fans who love them.

When Rob Zombie shared the photo, he explained where the photo taken in. He wrote in the caption of the photo that the photo was taken in Hollywood.

Under the post, people shared their opinion on the photo. When a fan named Fabian writes, “So many legends in one picture,” another fan Matt wrote, “Was a great show!!!”

You can find the photo shared by Rob Zombie below.