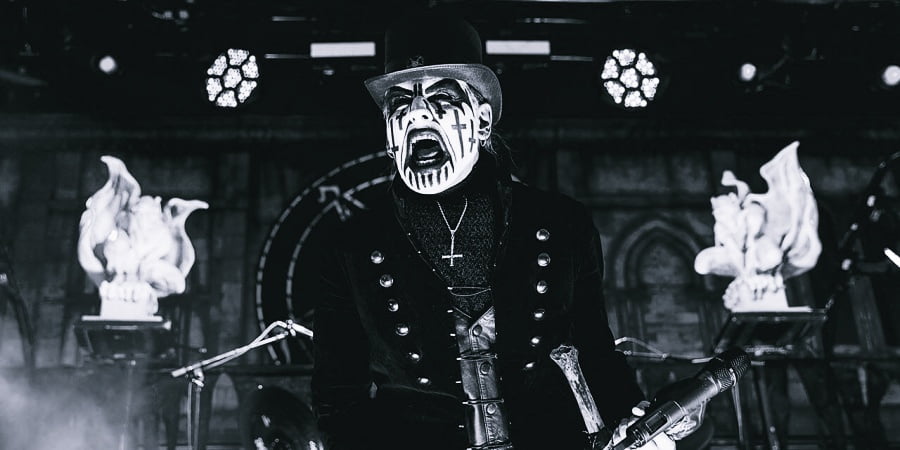 The world-known musician King Diamond, best known as the vocalist of the Danish heavy metal band Mercyful Fate, which formed in Copenhagen in 1981, has recently shared a statement through his social media accounts and pushed his fans to cry with it.

In the statement he shared, King Diamond paid his tribute to his little fan named Larissa, who died at the age of 4, and revealed his first and last meeting with her.

“This beautiful young King Diamond fan left us unexpectedly, at the age of four.

“She was as true of a fan as you could ever have. I saw her the first time at our Anaheim show this past December, sitting on the shoulders of her father, four rows into the audience, singing along with every single word, all through the show.

“Giving horns and waving, she actually blew my mind and as soon as we got off stage, I asked one of our people to try and get a hold of her and her parents so we could meet them backstage.

“We had a nice long talk, they were amazing people, and we took some photos and hung out for a while, and little Larissa was just shining like a jewel.

“Unfortunately that was the only time I got to meet her face to face, but I do look forward to hear more about her in the future, from her parents.

“Larissa, I wish you a safe journey to wherever it is you go, and I hope someday to meet you again. You were so very special and left so way too early.

“Stay Heavy, little one, you are very very loved.”

As we can see from the article he shared, King Diamond devastated by her saddened passing.

This beautiful young King Diamond fan left us unexpectedly, at the age of four.She was as true of a fan as you could…