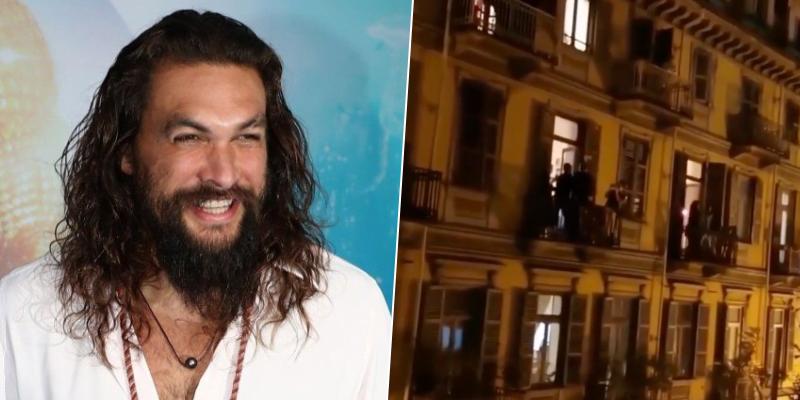 As you know, an epidemic and deadly disease called coronavirus have been threatening our lives for about 3 months. Italy is only one of the few countries that have been most affected by this outbreak and lost its citizens. Although the situation in the country is deplorable, people are singing and having crazy fun on their balconies to keep their morale high.

The 40-aged world-famous American actor Jason Momoa, best known with his works in the American fantasy drama television series Game of Thrones, has just updated his verified social media account with an enjoyable video and expressed his surprise.

Also, the video attracted great attention from many fans and Jason‘s close friends who saw the post. Slayer and Exodus legend Gary Holt was among those who commented on Jason’s video. He put rock sign on it.

In Italy, the total number of coronavirus cases reached 36,000. The number of deaths among cases is over 3,000.