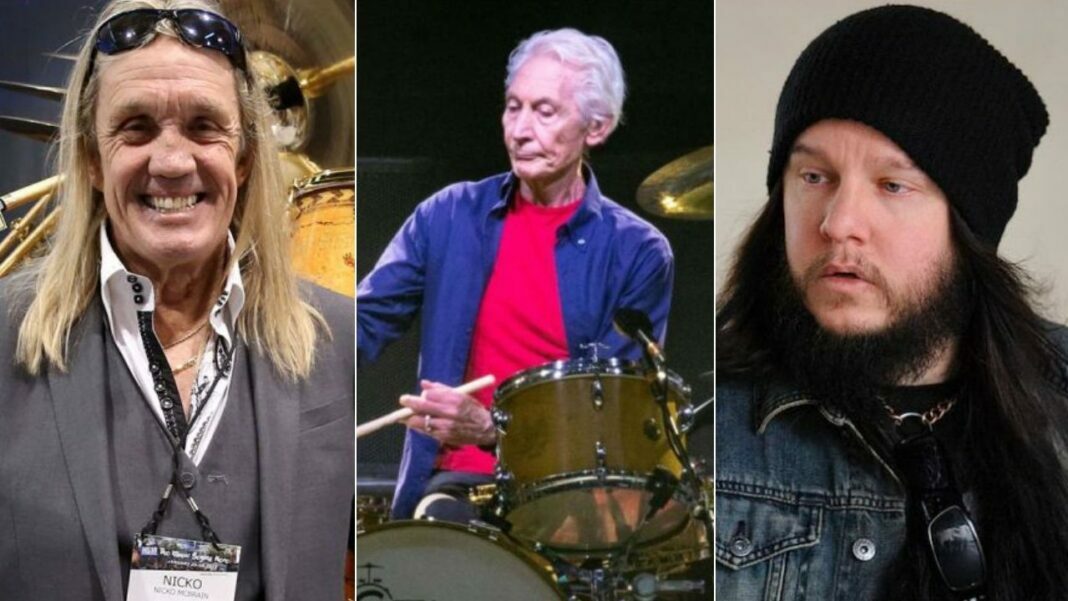 As you remember, Charlie Watts has passed away last week, on August 24, 2021. He was 80, and no cause of death was revealed yet. Alongside Watts, legendary Slipknot drummer Joey Jordison has found dead at his home on July 26, 2021,  by his ex-girlfriend. He was 46.

In a new interview with Talkin’ Rock With Meltdown, the drummer has paid his tribute to the world-known drummers – Charlie Watts and Joey Jordison. At first, the interviewer asked him that if Watts influenced his playing. He said he was his inspiration.

“Oh, absolutely,” he says. “Charlie was such a phenomenal timekeeper – a great player. There’s a saying – I’ve said it a couple of times before – it’s not about the notes; it’s about the space in between, in taking the music generality of it.

“And that’s what Charlie did – he had this incredible feel on the backside of the groove.

“When I started playing, it was Ringo [Starr] and Charlie – literally Ringo and Charlie were the two influences that I learned from, that I based my style of playing at that time on.

“And then the wonderful Keith Moon came along, and John Bonham. So those four guys were my primary influences.

“But certainly Charlie is a sad loss to the music world and the drumming fraternity across the table. He will influence all these drummers that are getting into that music from The Stones.

“He’s a jazz drummer – he came from a jazz background. He played traditional grip; he played orthodox as well. Matched grip as well, but that was his main style. Just a wonderful, wonderful player.”

While mentioning Joey Jordison, McBrain has touched on the drummer’s incredible bass technique. He told at the end of his words that losing both musicians was such a great loss for rock and roll. He also said that they will be missed.

“And Joey, of course,” he continued. “You turn eight chapters down the line, and you’ve got this guy who’s playing these incredible kind of bar speeds [with a] beautiful, beautiful bass-drum technique.

“I’m a single bass-drum player, but I can always really appreciate these guys that bring something else to the table.

“So having lost the pair of them, it’s really a great loss to us all. And he’ll be sorely missed, both of them.”