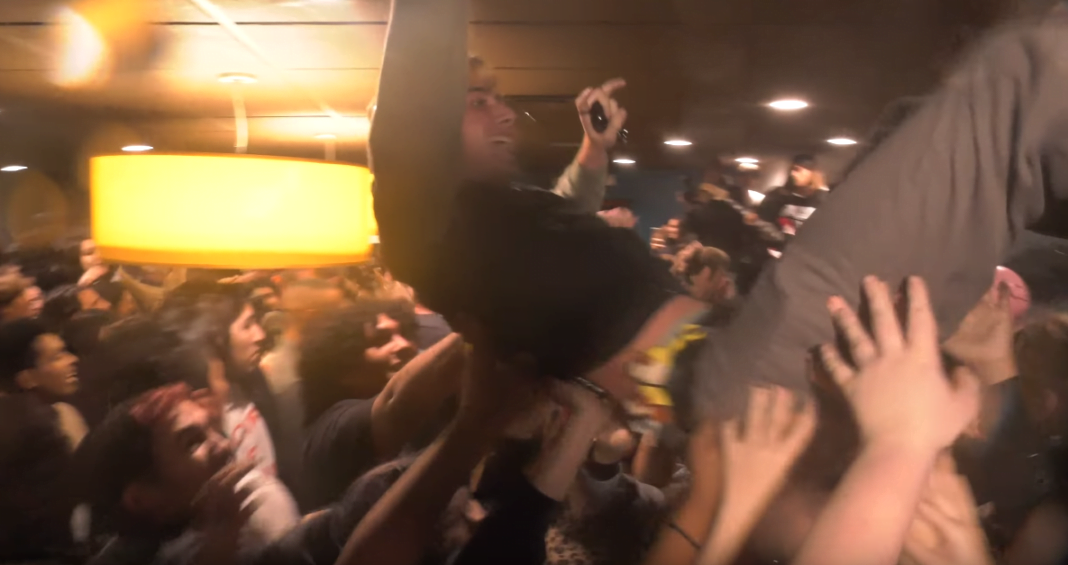 American hardcore punk band Wacko has just played a crazy show at Denny’s Restaurant in Santa Ana on December 14. In the band’s short-lived show, people went crazy and the dining room where the restaurant demanded $1000 was damaged.

After the show, the band has published a photo on their official Instagram account and asked help for damage. Read what the band wrote below.

“So lots of shit was broken at the dennys show and the yung ass kid who already dropped hella dough on renting the Denny’s got fucked and now has to pay up to a grands worth of damages from the tables to chairs to the fucking chandelier. if you broke shit on purpose you suck but at least you and any1 who has a heart for what this kid pulled off should donate some money to his ass.”

You can watch the full version of the show where people go crazy below.