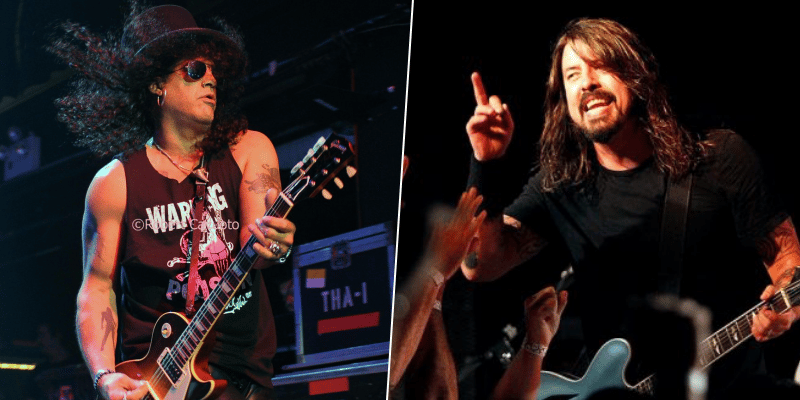 The British-American musician Slash, best known as the guitarist of the American rock band Guns N’ Roses, has just shared a new video featuring Foo Fighters leader Dave Grohl and showed his respect to him.

In the video shared by Slash, the successful bassist from London, Mike Prince, has accompanied him with his guitar while Dave Grohl proving his talents on the drum. Slash reposted the video and put his iconic smile at the caption of the video.

Also, in the comments of the photo, Guns N’ Roses bassist Duff McKagan has reacted to the video and expressed his surprise about it.

You can watch the video and see the post shared by Slash below.