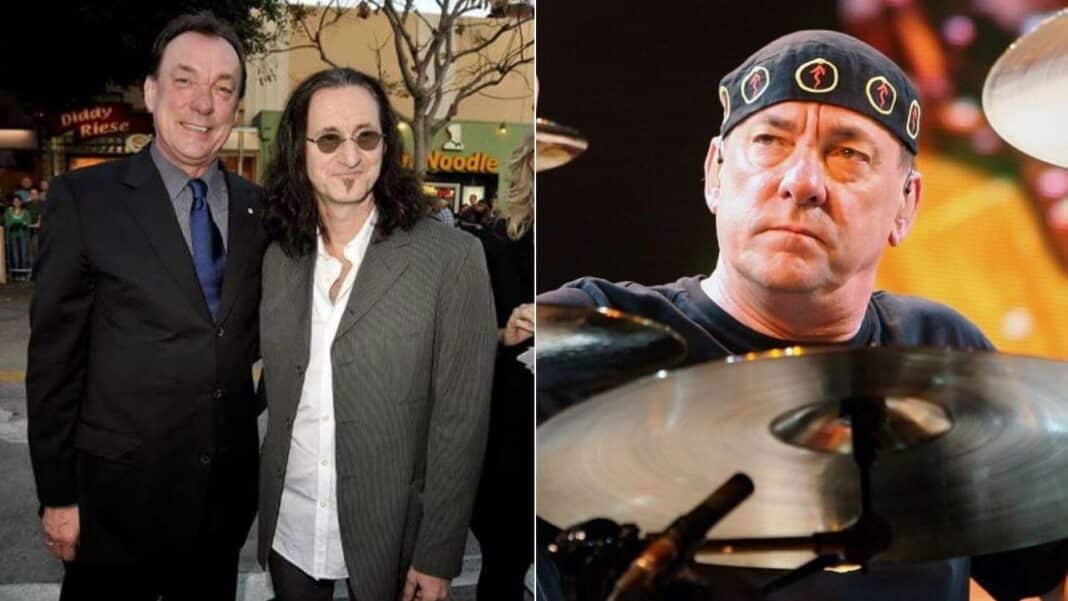 In a new interview with Rolling Stone, Geddy Lee, the bassist and singer of the rock band Rush, recalled the band’s legend Neil Peart’s first days with his band Rush and shared his thoughts about him.

According to Geddy Lee, Neil Peart’s joining was one of the best decisions that the band ever made. When the interview said, “I’ve been listening a lot to ‘Fly By Night,’ since it marks Neil’s arrival into the band. What do you remember about the birth of this version of Rush, and starting to form those arrangements on that album, especially stuff like ‘Anthem’?”, Geddy Lee replied:

“First of all, we didn’t have a whole lot of time. Neil joined the band, and two weeks later we were doing our first gig, opening for Uriah Heep, so we had to learn as many songs as we could and head out.

So it was through that whole first tour that we were getting to know each other musically. We had a lot of dead time but not dead time where we actually had our instruments in our hands. So we couldn’t jam really. Our whole day was leading up to 26 minutes onstage, and then you’re off.

We got very few soundchecks until we started playing with KISS on a regular basis. That meant we didn’t have a lot of opportunity to investigate certain things, so that all had to be done on the fly and it had to be done during the playing of the songs.

Subtle things would start to change night to night as Neil got to know the songs better and as we got to understand each other better as players. That kind of chemistry started to develop. By the time we hit ‘Fly By Night,’ we were just so amped to do something new.

So in a sense, Neil just kind of fit in like a glove. And when we started writing, even in our hotel rooms, in the back of our minds we had an idea of where that could go.

But it really wasn’t until we got into the recording session, and started doing stuff like ‘By-Tor and the Snow Dog’ – which really developed in the studio – that a whole other side of our nature was formed.

That was a real getting-to-know-each-other album, but at the same time it was surprising how quickly it all came together. I mean, we recorded that album in 10 days.”