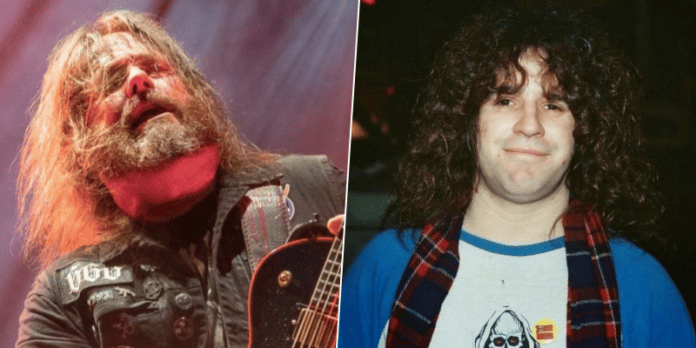 The world-known thrash metal band Exodus guitarist/bandleader Gary Holt recalled the days he lived with the late-singer Paul Baloff, who was a member of the band between 1982-1986 and 1997-2001.

“His living situation was pretty dire at the time. He was living in a warehouse, and he was struggling with the new material, getting the vocals down and stuff.

“And you look back, once again, you can’t deal with regret, but he was kind of a mess. But when we got back together in the late ’90s, we were in much bigger messes, but we were in bigger messes together.

“I mean, it’s one of those things; we just thought it was a move we had to make to get further along.”

Elsewhere in the conversation, Gary Holt revealed a fact about Exodus’ “Bonded By Blood.” He said Paul Baloff wrote half of the lyrics of the song.