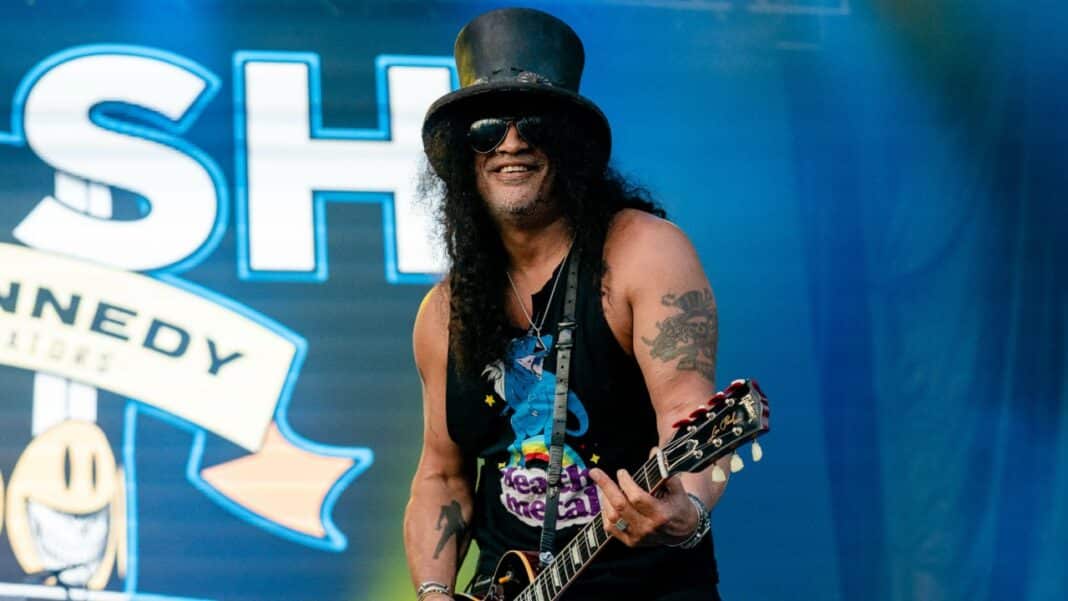 In a new conversation with Appetite for Distortion, Doug Goldstein, who was a former manager of the rock band Guns N’ Roses from 1991 to 2008, revealed how the band’s guitarist Slash loves their fans by touching the band’s live album, “Live Era ’87–’93.”

Speaking about the issue, former Guns N’ Roses manager and the interviewer discussed the live album’s mistakes. Meanwhile, the manager touched on Slash‘s diligence and said that Slash considers what the fans are going to listen to.

When he was asked about the album, Doug said, “Basically, all we were doing was calling out fixes. It was the original recorded material, but Slash spent most of the time re-dubbing tracks. And it wasn’t like Slash is the most fallible guy in the band. He just very concise and considers what the fans are going to listen to. And so, if he had made any errors then he would go back and redo the tracks.”

He concluded, “Axl did a couple of fixes but from what I remember it certainly wasn’t every track. And there were fixes as opposed to redoing the whole thing.”