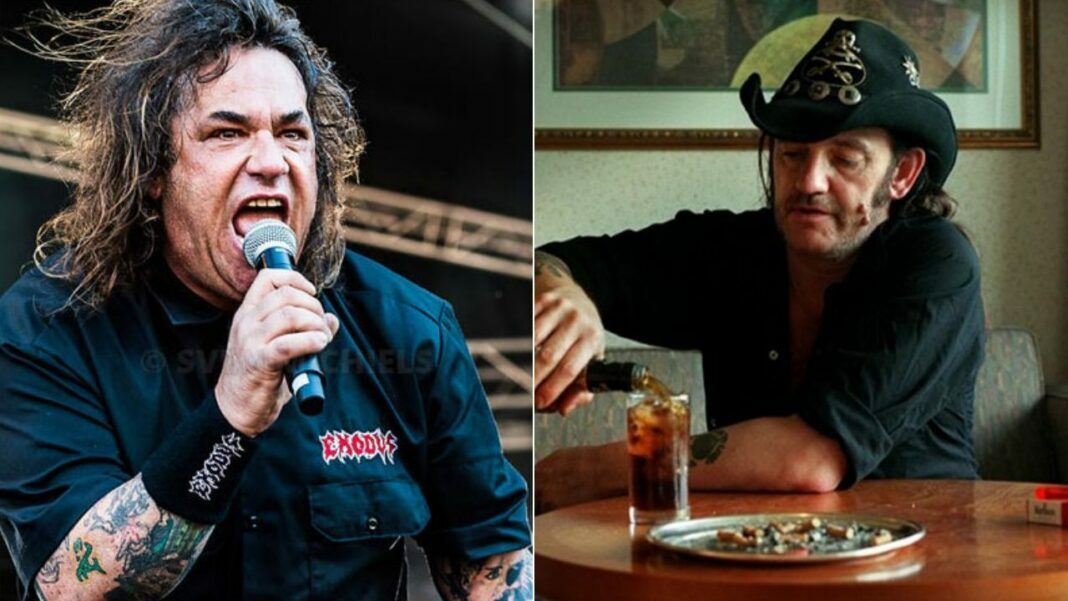 In a recent episode of the Zetro’s Toxic Vault, Exodus frontman Steve “Zetro” Souza recalled one of the most golden memories he ever lived with Motorhead star Lemmy and revealed how they took meth together.

Starting to talk about the memory, the musician said that he was with the former Exodus guitarist Rick Hunolt. According to him, he and the guitarist wanted to take some meth from Lemmy.

“Me and Rick bought crank off of Lemmy,” he said. “We were at the venue ’cause we had the soundcheck. And you guys went back. But me and Rick stayed there, and Lemmy was in his dressing room.

“So I walk up to him, ‘Lemmy, hey, bro, you think you can sell me and Rick some of your whizz?’ ‘Cause they called it whizz. And he’s all, [imitates Lemmy’s voice] ‘I didn’t know you guys did this stuff. I thought you did that cocaine shit.’

“And I was like, ‘No. We like crank. We like to get wired.’ He fucking pulls out this… He’s got it in his jacket – in a patch. He had this patch that was there, and then [he would pull it back], and it was right there.

“And I’m, like, ‘You brought that in?’ ‘Cause back then you didn’t carry. It was the ’80s. You didn’t fucking transport shit. If you got caught with anything, you were in trouble, especially in South America. And so he gives it to us.

He Reveals What Lemmy Told About Meth

Continuing his words, the musician said that they were hanging out at Motorhead‘s dressing room for about five hours. He also revealed what Lemmy told about meth.

“We just sat there drinking Jack. And so, me and Rick, we snorted it. He took a spoonful and he put it in his mouth. And I went, like. I wanted to puke…

“And we sat there for five hours in Motorhead’s dressing room – me, Rick, and Lemmy, drinking Jack and doing crank.

The Frontman Pays Tribute To Lemmy

Exodus frontman Zetro paid his tribute to Lemmy Kilmister while concluding his words. He said that he had a golden story to tell until the end of his life.

“Not the first day [of the tour]; it was the second day,” he added. “And I was telling everybody, ”Til the day I die, I’m gonna be telling this fucking story to my grandkids.’