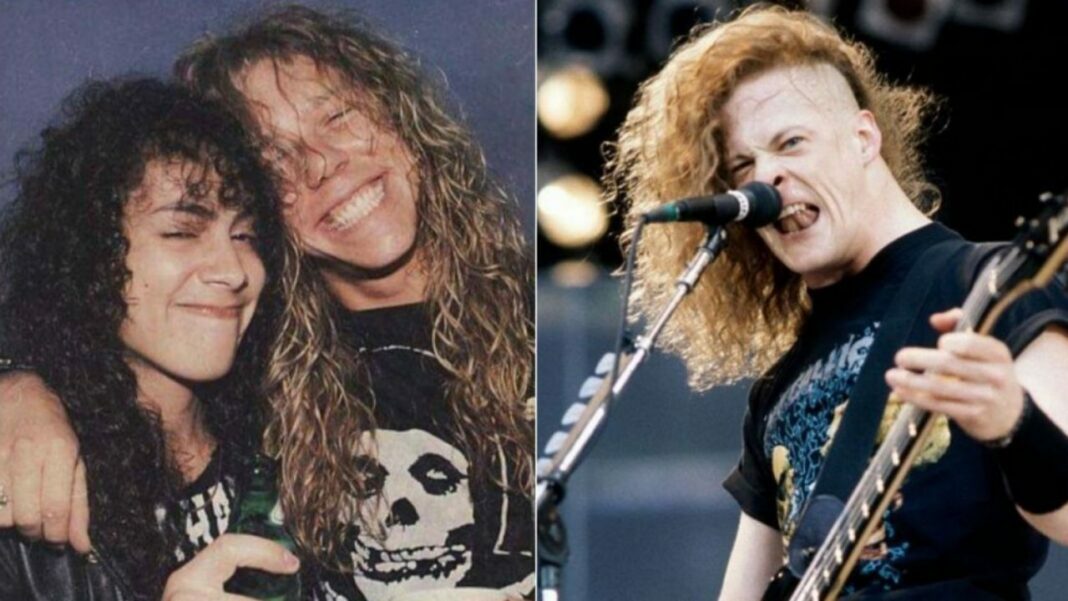 Jason Newsted recalled his own hair style and said James Hetfield and Kirk Hammett emulated him.

Former Metallica bassist looked back on his tenure with the heavy metal band Metallica and mentioned how his haircut affected his life during his Metallica career at the time, while also touching on James Hetfield and Kirk Hammett‘s emulating his haircut.

As some of you might agree, Jason certainly had a different look than his bandmates in Metallica. From his hair to his stage outfit, Newsted had lived so many differentnesses among his bandmates.

One of those different styles was Newsted‘s haircut. From 1992 to 1996, he had the side of his head cut and long hair at the top. Revealing why he always wore Metallica shirts on stage during his tenure with the band previously, Newsted this time explained his own style.

Speaking about his haircut, Newsted said that he did some crazy things between 1992 and 1996. He also revealed that his haircut made his life very easier when they started touring more countries.

“People are so finicky,” he said. “I very honestly never gave it one thought. I saw it go by, but just dude, I mean, come on… Come up with something legitimately… Something, you know?

“You know what’s really funny…? When we started getting to more countries, and as the borders started to get a little squirrely, and those guys all still had their shaggy hair, and I was slick, and sometimes just freaking nice – like a cop or something. I just cruised right through customs, bro, cruise right through. ‘This way, mister…’ And those fuckers would get [stopped] left and right.”

Continuing to talk about his own style, Newsted touched on his bandmates’ styles in Metallica. He said that James Hetfield and Kirk Hammett made the same haircut with him slowly. He also named his own style “the Newsted.”