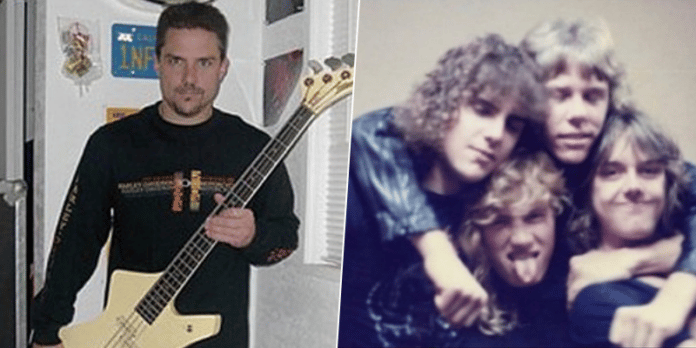 The original bassist of the Grammy Award-winning heavy metal band Metallica, Ron McGovney, has just posted a new photo including the original lineup of Metallica and revealed one of the rare stage photos of the band taken during the early days.

Recently, Ron McGovney has commented to the tweet about Metallica‘s remarkable career, which shared by Loudwire, and showed the pose that taken the band’s first days.

In the photo he shared, while James Hetfield holding a microphone with her leopard print fabric piece, Dave Mustaine was enjoying while wearing nothing. When we look at the Lars Ulrich and Ron McGovney, they were looking towards the camera.

Ron McGovney put the following comment: “How about a photo from the very beginning…..”

As a response to Ron, many fans expressed how great pose it was.

How about a photo from the very beginning…..🤘😁🤘 pic.twitter.com/MG8J1IJkGV