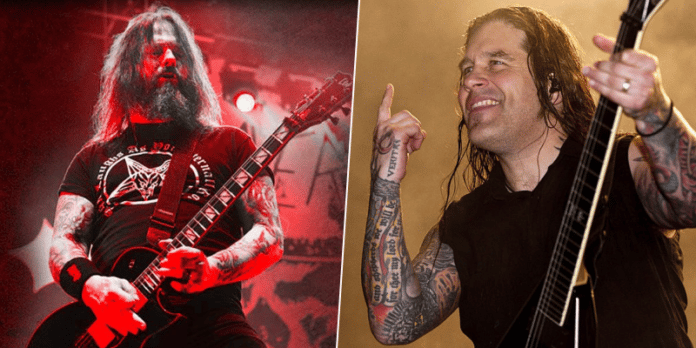 The world-known American musician Gary Holt, known as his 8-year career with the American thrash metal band Slayer, has just sent a new photo featuring Phil Demmel and celebrated his 53rd birthday with a special moment.

In the photo shared by Gary, Phil Demmel, Kerry King, and Gary Holt were rocking side by side as always.

Gary Holt shared the photo with following caption: “Happy birthday to @phildemmel!!! Hope you’re having a good one bro!”

Also, in the comments of the photo, Gary Holt replied to a fan’s question about his state of health and gave more details about it. When the fan asks Gary if he feels good, Gary replied saying he was fine.

Happy birthday to @phildemmel !!! Hope you’re having a good one bro!