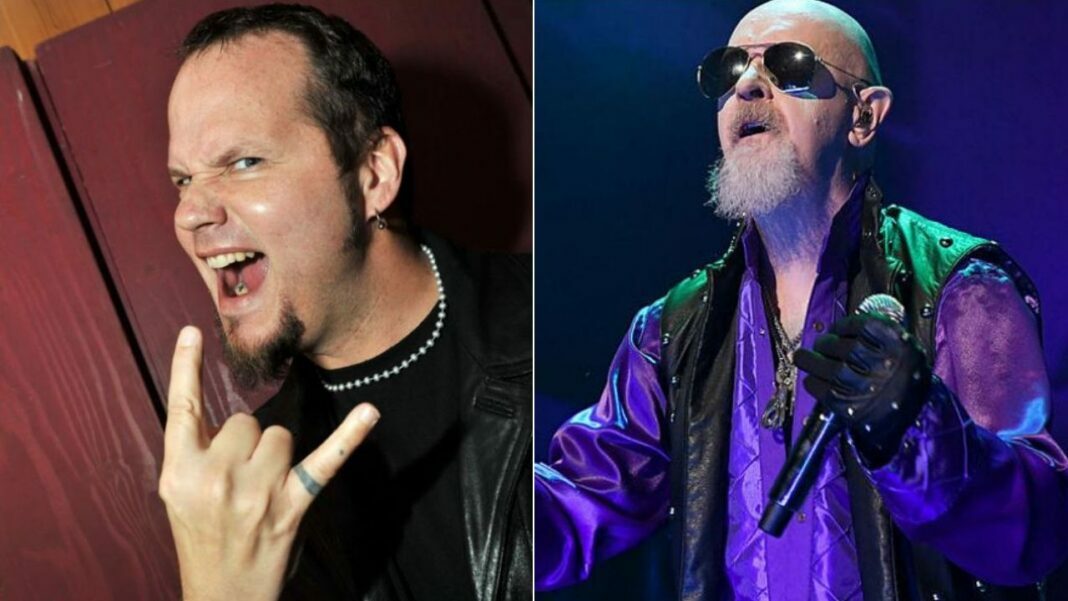 In a new interview with Dr. Music, the former Judas Priest singer Tim “Ripper” Owens has revealed a piece of words for the current voice of the band’s singer Rob Halford and praised him.

As some of those Judas Priest fans might know, Tim “Ripper” Owens had joined the heavy metal band, Judas Priest, in 1996. After a 7-year tenure with the band, the musician was replaced by the band’s current singer Rob Halford. Currently, he is a member of the former Judas Priest guitarist K.K. Downing‘s band, K.K.’s Priest.

However, recently, the singer has commented on the current state of his former band Judas Priest. During the interview, the interviewer asked the singer that if he heard Judas Priest‘s latest studio album, Firepower. Saying that he heard it, the singer admitted he thought when he listened the first time that it was a completely different record.

“It was nice they brought in some different producers and brought Tom [Allom] back. The music was not normal Judas Priest to me.

“You could tell it was written by other people, not the classic guys. Glenn [Tipton, guitar] and Ken [K.K. Downing, guitar] are not there anymore.

When the singer continued to his words, he praised Judas Priest‘s current singer and icon, Rob Halford, who recently revealed that he fought cancer last year. Touching on the musician’s current state of voice, Ripper said that Rob Halford sounds great. He also said that Halford surprised people, and he is in full force now.

“Rob sounds fantastic now,” he says. “It’s funny ’cause singers go through periods where we don’t sound as good; I think I’m going through my period right now.

“Rob went through a period where he might not have sounded as good years and years ago, and people would talk about it. And now it’s come back again full – he’s full force, so it’s cool to listen to.”