The early Vine star and the founder of the Worst Firsts podcast, Brittany Furlan Lee, also known as the wife of the heavy metal band Motley Crue drummer Tommy Lee, has just shared a new photo including her husband Tommy Lee and took her fans back to 2017.

In the photo she shared, the couple was walking on the street. Brittany Furlan Lee described the day she lived with her husband as before the virus.

When we looks at the comments of the post, a fan’s comment about Brittany‘s Slayer t-shirt has paid attention. When a fan named Slaverie said, “Name one Slayer song,” with a mocking attitude, Brittany Furlan Lee couldn’t control herself and responded to her harshly.

Brittany responded: “Raining blood, war ensemble, angel of death… I grew up in a household with two guys and my brother listened to cannibal corpse so FOH.”

You can find the photo and the comments below. 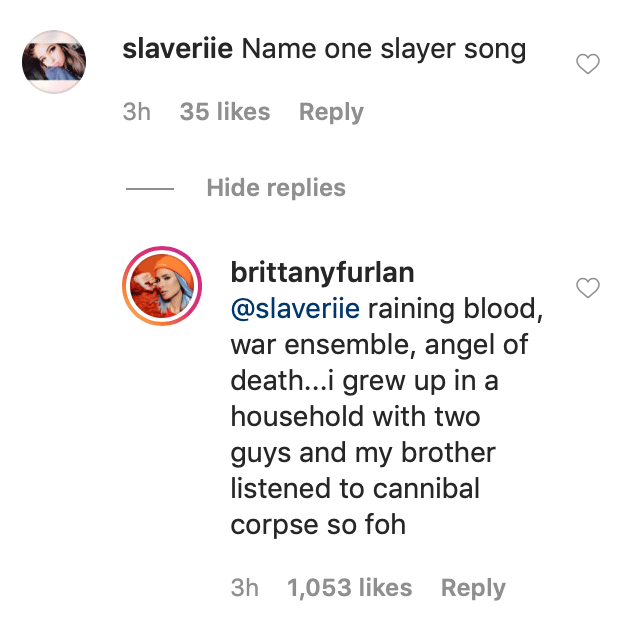