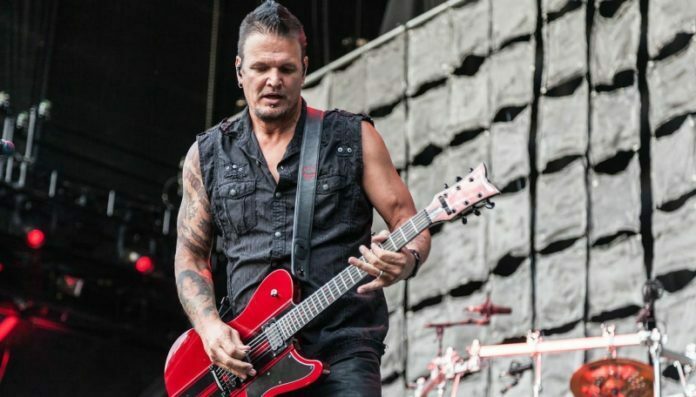 Disturbed’s Dan Donegan recently spoke to Lux of the 105.7 The Point radio about the band’s 2018 single ‘A Reason To Fight‘:  “We’ve written over a hundred-something songs together, so a lot of times, not to rehash old ideas, David will say just kind of feed him some ideas and see what we wanna touch on a bit. And that was one that struck a chord with me, or with all of us.”

He continued his words with these sentences: “I’ve had some close friends and family members that have suffered from either depression or alcohol or drug use, or whatever it may be. I mean, we all have. And it just kind of hit me pretty hard at the time because I had someone real close to me who, I’ve seen them battle with prescription drugs, I’ve seen them battle with alcohol, and I could always see. And I wanted to try to touch on the fact to give some positivity to that message, to not give up that fight.”

Disturbed has long been trying to raise awareness for depression and addiction. They organized various campaigns for this purpose and started a resistance in social media. Also they tried to help and be a light to many people under the name of ‘#YouAreNotAlone‘.