Subscribe
NEWS METAL Dimebag’s Unheard Plans About Pantera Revealed: “He Wanted To Go Back To... 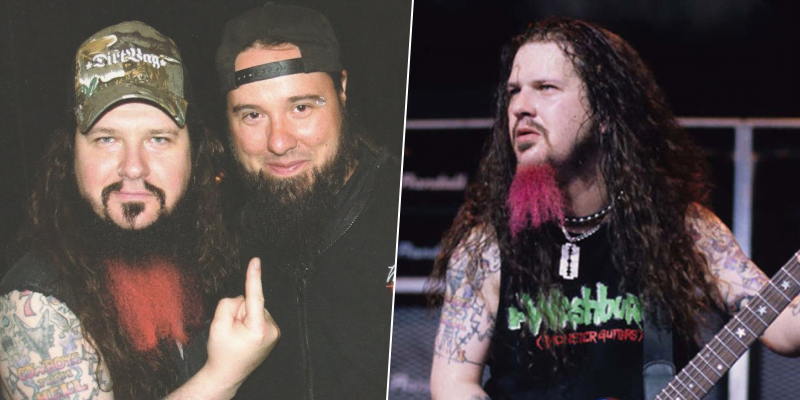 In a new interview with Laundry Audio, the Pantera videographer Daryl Arnbenger, also known as one of the closest friends of Dimebag Darrell, has talked about Dimebag‘s last days and revealed his rare-known desire about Pantera.

During his almost two-hour interview, Daryl gave new details about Dimebag‘s plans for Pantera. Speaking about Dimebag Darrell‘s plans to reform the band, he said: “Oh, yeah. He would have. The last time I saw him was in November of 2004. I was about to go back out with Slipknot or Manson, one of the two. And I went over to his house. I was just talking to him briefly about everything.”

Dime had said that he would gather everyone and do that Damageplan tour no matter what.

“He was, like, ‘We’re gonna go out and do this [Damageplan] tour through December, and I’ll see you for Christmas and everything. After that, we’re gonna have some new shit going on. And it’s not gonna be this. Whatever it takes, we’re gonna get these guys back together and do it right.’…

“He was saying he was gonna do everything he could. He was pretty much done with what they [Damageplan] were doing at that point. He wanted to move on and go back to Pantera.”

On December 8, 2004, the heavy metal band Pantera legend Dimebag Darrell was killed by a fan while on stage with Damageplan at the Alrosa Villa nightclub in Columbus. He rocked the stage with Pantera as a guitarist between 1981-2003.