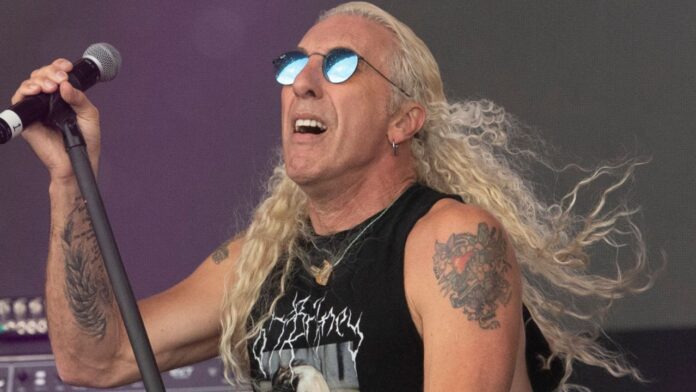 The heavy metal musician Dee Snider, who will be releasing his new solo effort “Leave a Scar” on July 30th, has opened up about his joining Twisted Sister and revealed behind the truth of his joining.

As we mentioned previously, Dee Snider, who has released four solo albums so far, has joined the band just after 4-year their forming. He has been achieved huge success with the band and came to prominence with them.

However, recently on Twitter, a fan asked him how he joined Twisted Sister at first. Dee Snider recalled the moment he joined the band and shared his thoughts.

Dee Says He Jumped At The Chance

Remembering his joining Twisted Sister, Dee Snider stated that he could not miss this chance at the time and explained why he thinks like that. He also revealed that they needed a singer at the time and he “jumped at the chance.”

“They needed a singer, heard about me on the club circuit and asked me to audition,” Dee said. “I jumped at the chance because I loved the early 70’s glitter rock scene.”

They needed a singer, heard about me on the club circuit and asked me to audition. I jumped at the chance because I loved the early 70's glitter rock scene. https://t.co/UGyw0d5FQ1

Two weeks ago, Jay Jay French, the guitarist of Twisted Sister, has made an interview with Rocking With Jam Man to reveal Dee Snider‘s joining to the band. According to Jay Jay, Snider could make most musicians’ couldn’t.

“My voice wans’t very good and I couldn’t do the songs that my agent felt we needed to do in order to become more popular,” says French. “We just weren’t becoming popular enough because we couldn’t do enough songs.

“Back in the day of the bar scene, the more successful bands were able to cover Led Zeppelin and Aerosmith, and that kind of stuff, and I couldn’t do that vocal. Dee could, so we hired him because he could sing Led Zeppelin songs, that’s why he originally was hired.”