Subscribe
NEWS METAL Chuck Billy Comments On His New Animated Project With Marvel: “It Was... 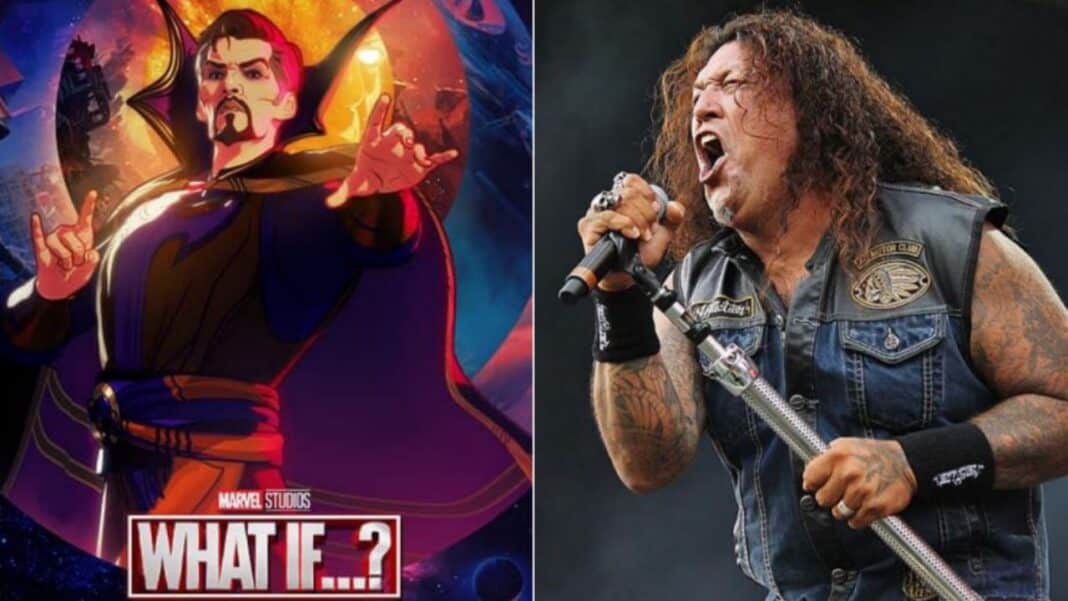 Testament singer Chuck Billy has commented on his collaboration on Marvel Comic Universe‘s new animated project and said that he had a blast voicing for it.

As you know, Chuck Billy had joined Marvel in the fourth episode of the first season of Marvel‘s new animated series “What If …?“, “What If… Doctor Strange Lost His Heart Instead Of His Hands?” The episode had a 36-minute watching time and included by Chuck Billy on additional voices.

In his recent appearance on The Jasta Show, Billy has discussed his contribution to the newest animated project of Marvel, “What If …?” He said that that was a great experience for him. He also mentioned the studio he recorded the sound and said he acted so comfortable while screaming, flying, fighting, and some things like that.

“That was an experience, because the producer was actually a Testament fan, and he actually seeked me out,” Billy said. “And it was so great and made it so easy. I’d never done that for a movie and action part.

“So when you go in there, they got this – it’s like a barricade you stand in front of, a padded barricade, and there’s the screen and the microphone. So you can use the barricade to kind of move and get into character.

“And I was doing a lot of flying and yelling and fighting and shit like that. So it was great, ’cause the producer was, like, ‘All right, so on this part, do the ‘Demonic’ voice.’ And I’m, like, ‘Oh, okay.’ So I’d do that. ‘Okay, on this one, do the ‘Practice What You Preach’ voice.’

“It was so cool that he could give me direction like that. It was the easiest thing. And I had a blast.

Billy Answers If He Will Appear In The Next Season

Chuck Billy, who’s seen so happy and exciting for the project, later mentioned his plans with Marvel. He stated that he will appear in the next season if it goes well. According to him, he looks forward to sound in the next season of Marvel‘s new animated series, “What If …?”

“It’s gonna be out on the Disney network channel, so I went down to Disney in L.A,” he reveals. “Total protocol. At least I got to go in there and do my own thing with them. But it was really cool.

“And if it goes well, I’m gonna get second season. So that’s something I’m looking forward to. It was badass. I think people are gonna dig it when this comes out.”