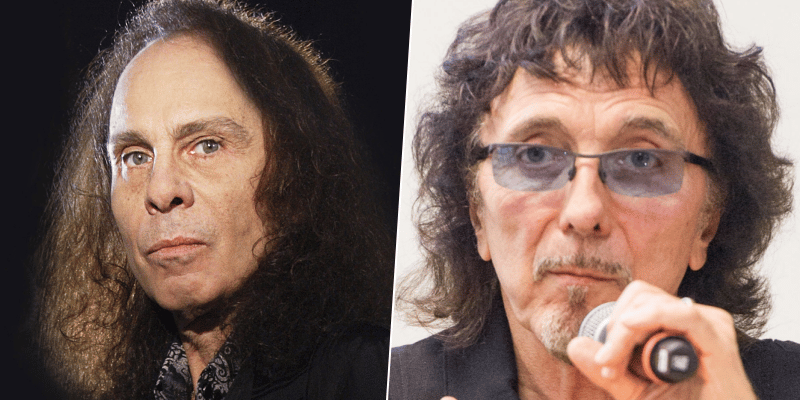 The successful artist Tony Iommi, known for his legendary works with the heavy metal band Black Sabbath, spoke with the Eddie Trunk Podcast and remembered the first thing he played with Ronnie James Dio, who died at the age of 67 due to stomach cancer.

While he talks on the issue, Tony touched the legendary singer’s joining the band.

When the interviewer asked, “Ronnie always told me the first song that you and he ever wrote was Children of the Sea, which is amazing to me. Do you remember that experience?”, Tony Iommi replied:

“Yeah, I had that riff beforehand because we tried that with Ozzy, and it was just one of those you play and that was it. We never had sort of done anything with it, and so once Ronnie came in, we developed it into a song.

“So that was the first one we sort of worked on, really. I had that riff, I had the beginning part – it was the quiet part, and then the riff that goes later, that part, and that’s as far as we went. So, as Ronnie came in, we started working on it.”

Ronnie James Dio joined Black Sabbath in 1979 after the firing of Ozzy Osbourne due to alcohol and drug problems.