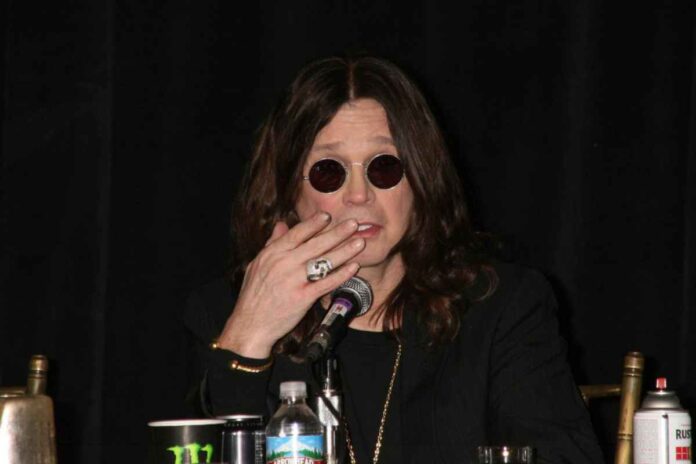 Black Sabbath legend Ozzy Osbourne‘s one of the rare photos have been revealed via his social media account.

With the recent photo shared by Ozzy Osbourne via his official/verified Instagram page, he showed one of the rare stage poses of himself and contacted fans by touching his appearance. He was looking a bit different because of his hair and outfit.

In the photo, Ozzy Osbourne was on stage and rocking the crowd as his previous performances. He was wearing his iconic black t-shirt and blue skin-pants. His head was bleeding but he looked okay.

To describe his pose, Ozzy Osbourne wrote the following words in the caption:

In the comments, while a fan Victoria writes, “Bald ozzy isn’t real, he can’t hurt you,” another fan Vlager wrote, “He shaved his hair becuase he was hangover and thought they would cancel the concert.”