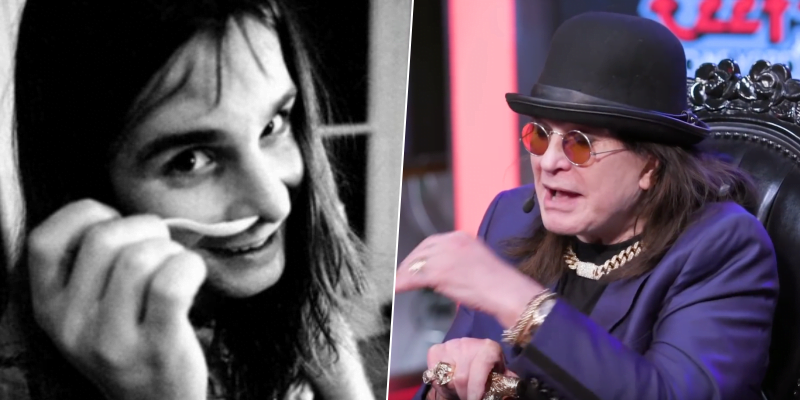 In a new conversation with TrunkNation’s SiriusXM, the successful singer Ozzy Osbourne, best known as the lead vocalist of the world-class heavy metal band Black Sabbath, has talked about his twelfth and latest studio album Ordinary Man, which was released on February 21, 2020, via Epic Records, and revealed his rare-known drug story.

“When we [Black Sabbath] were recording ‘Vol. 4,’ we rented this house in Bel Air to write this album, and we had a pile of coke and a pile of pot on this fucking table,” he said.

Ozzy, who thinks that the buttons on the wall are air conditioning buttons, recalled his reaction when he saw the sirens of four or five police cars at the beginning of the street.

“So I’m sitting in this house and it’s boiling hot inside and these buttons on the wall… I go, ‘Oh, it must be the air conditioning.’ I press the fucking button and in five minutes, four or five cop cars come screaming down the driveway.

“I’m shouting, ‘It’s a fucking raid!’ So I grab the pile of coke and go into the bathroom. I’m going, ‘I can’t fucking throw this!’ *emulates sniffing a lot of cocaine*

“And then the door goes [knock, knock] and I’m… I got cocaine coming out of my ears. I didn’t sleep for four days after that.”

Ozzy Osbourne, who has been struggling with illnesses in the past years and has not been able to get rid of his diseases, showed us once again that nothing can stop him and why he deserves the nickname The Prince of Darkness. After his twelfth and latest solo album Ordinary Man, Ozzy Osbourne recently announced that he working on a new album.