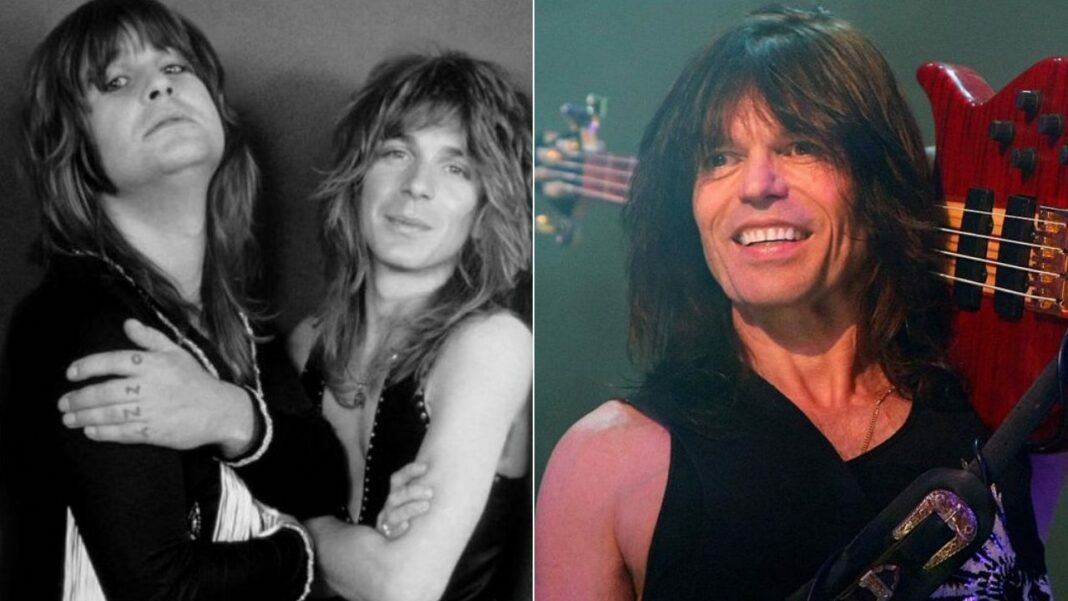 As you know, Rudy Sarzo was the bassist of the Ozzy Osbourne solo band from 1981 to 1982. At the time, his bandmate from Quiet Riot, Randy Rhoads, was also in the group and rocking out with them.

Recently, Sarzo has mentioned his first entering the band. He said that it happened because Randy recommended him and that he luckily gained Ozzy and Sharon‘s trust.

“I got the call to audition for Ozzy and I got the gig,” he said. “And of course, so much of it had to do with the fact that Randy recommended me – he had gained Sharon’s and Ozzy’s trust, and that’s how I got the gig.”

He Says He Felt Comfortable Thanks To Randy Rhoads

Continuing to talk about those days, Sarzo has mentioned Randy Rhoads and his musical style. He told that he was an incredible guitarist.

“What made it so easy for me to fit in – not only easy to fit in but actually easy to go from playing a local band, I had never been on tour, I had never played in front of 10,000 people or more, not even close, I have never done that,” he continues.

“But what made it so comfortable for me to be there was Randy. I’m playing with Randy Rhoads, not only a former bandmate in Quiet Riot, an incredible musician, but somebody who even though he was playing Ozzy music, music that was written basically fit to suit the image of a Black Sabbath singer going solo.”

“There was so much Quiet Riot consciousness that surrounded him because that’s all he knew, he just knew how to be himself,” he says. “When Randy joined Ozzy, he asked Ozzy, ‘What do you want me to write?’

“And Ozzy just said, ‘Just be yourself.’ And if you’re listening to songs like ‘Crazy Train,’ yeah, it does have that dark riff, but once you get to the verse and all, it’s a major song, it’s a happy song, very close to riffs that Randy used to write for Quiet Riot songs.”