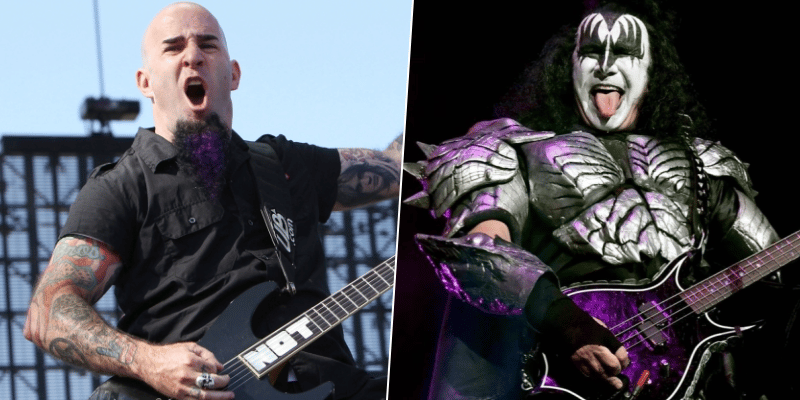 During coronavirus lockdown, while all concerts and programs were canceled, Anthrax legend Scott Ian made his latest appearance on Metal Hammer and revealed how KISS influenced him on his life.

While they were talking about KISS, Scott Ian named KISS‘s first live album, “Alive!,” as the greatest album of the rock ‘n’ roll community. He also mentioned KISS‘s great influence on him and took fans back to his childhood.

“If I had to choose, the greatest album would probably be KISS’ ‘Alive!’ just because of what it means to me and the influence it’s had on my life.

“For me as a kid, KISS was just the biggest influence on me as far as moving ahead in my life was concerned and knowing what I wanted to do with my life which was play guitar in a band.

“Because of that album, that’s why anyone gives a shit about anything that I have to say or do because KISS’ ‘Alive!’ put me on that path of wanting to be a guy in a band.

“It just connected with me in a really strong way back in 1975. I loved the songs, I loved the look and as a kid who was into comic books and horror, it was drugs for me as an 11-year-old.

“It was the perfect place, perfect time for me to hear and see something like that and they’re still one of the biggest bands in the world so I guess it worked!

“I’m friends with Gene Simmons and Paul Stanley and Ace Frehley and Peter Criss now, I’ve known Gene for 30 years and he’s well aware of what KISS means to me.”

David Coverdale on Dino Jelusick’s Addiction To Whitesnake: “It’s Going To Be Fantastic”