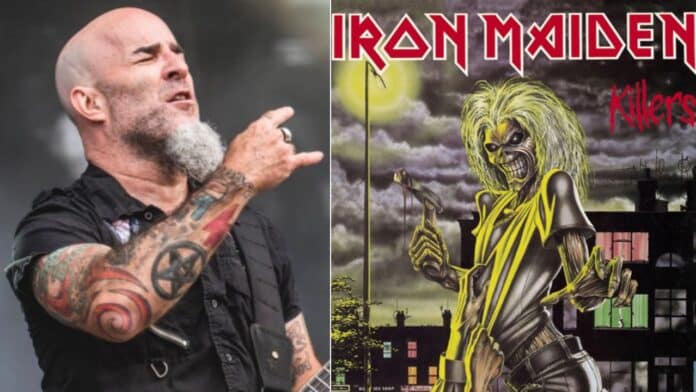 The guitarist and singer of the thrash metal Anthrax, Scott Ian, has recently shared a rarely known story to celebrate Iron Maiden‘s epic album Killers‘ 40th-anniversary and proved how a great Iron Maiden fan he is.

As some of you might know, Killers is the second studio album of the heavy metal band, Iron Maiden. They released the album on February 2, 1981, in the UK firstly. Later, the album has released the same year on June 6 in the United States.

However, in a recent Instagram post, Scott Ian has updated his social feed to contact fans and celebrated the album’s anniversary. He revealed a rarely known story from his childhood and made fans emotional.

Scott Ian said, “40 years ago right now I was sitting in a classroom at Bayside High School extra-anxiously waiting for the school day to end so I could get to the record store and buy this. I’d bought the first album a few months before and Maiden quickly became my favorite band.

“When the school day finally ended I headed straight to the record store, got my copy and then straight home, staring at that cover all the way home on the bus. I got to my building, ran up the stairs to our apartment, into my room, vinyl on the turntable, headphones on, volume UP, drop the needle and I haven’t stopped listening to it since.

“Happy birthday Killers! PS I got to see this lineup opening for Priest at the Palladium in NYC-July 22-24 1981. I still have my shirt.”

You can see the post shared by Scott Ian below.