Subscribe
NEWS Alter Bridge’s Myles Kennedy Recalls The Rumors That He Is The New... 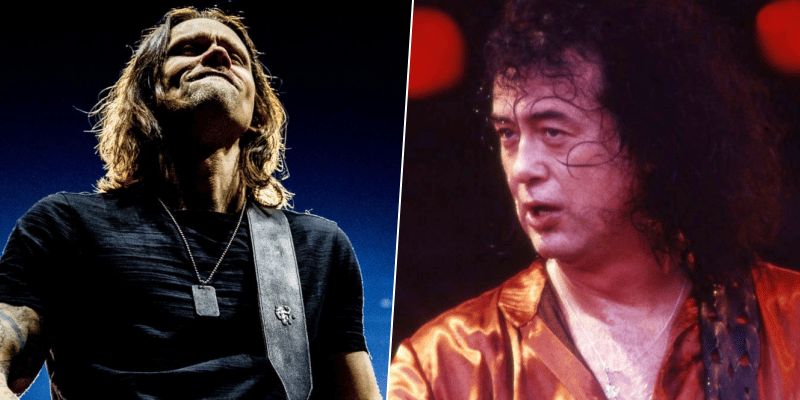 Alter Bridge singer Myles Kennedy remembered the rumors that put forward he is the new singer of Led Zeppelin and shared his current thoughts about the issue.

With his new appearance on Metal Hammer, Myles Kennedy was asked how did he felt about when his name was side by side with Led Zeppelin and the “Myles Kennedy is the new singer of Led Zeppelin” rumors have been spoken.

When he was talking about the issue, Myles, who we know about his admiration for Led Zeppelin, is still getting excited when anyone says “Led Zeppelin.”

“It still sounds crazy,” he said. “To me, they’re the alpha and the omega. They were considering doing another project after the reunion with Robert, and I was brought into the fold for a while.”

He also explained why it was surreal for him.

“It was so surreal and so special because of what they mean to me. One of the best things was being able to say, ‘Thank you for drawing up a blueprint for the rest of us!’”

Myles has also remembered his conversation with someone and talked about the answer he gave when he was asked if he rejected Led Zeppelin‘s job.

“But it was never gonna be called Led Zeppelin. Someone said to me, ‘I hear you turned down the Led Zeppelin job!’ and I said ‘Really? You actually think I’d do that?’”