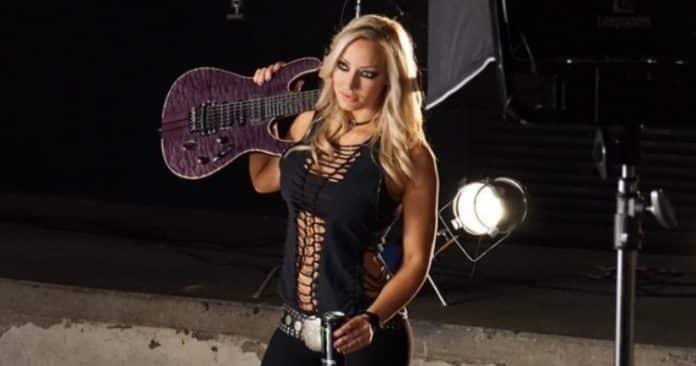 The world-famous guitarist Nita Strauss has just posted a new photo through her official social media account and showed her beauty with a selfie. She revealed which emoji she looks like in the ninth quarantined day.

In the comments of the photo, a fan had asked a question that might make sense. A fan named Brian Tice asked Nita that why she was wearing a snow jacket at this time in Los Angeles. Nita replied:

“Because my boyfriend keeps our house as cold as a refrigerator.”

Also, many fans have stated that Nita is very beautiful and that they admire her.