TEG Dainty and TEG Live are excited to announce a charity event called FIGHT FIRE AUSTRALIA, which will take place at ANZ Stadium in Sydney Olympic Park on February 16, 2020, to help Australia after the death of close to a billion animals, the death of around 25 people and the destruction of many homes in Australian fires.

Alice Cooper has just talked about that event and said, “We are headed to Australia next month, and I am proud to announce we will be performing at Fight Fire Australia alongside an incredible line-up of artists to raise money for national bushfire relief.”

The event will be hosted by Australian comedian Celeste Barber.

Tickets are on sale at Ticketek and are priced at $100, $85 and $70 with an option to make further donations during purchase. 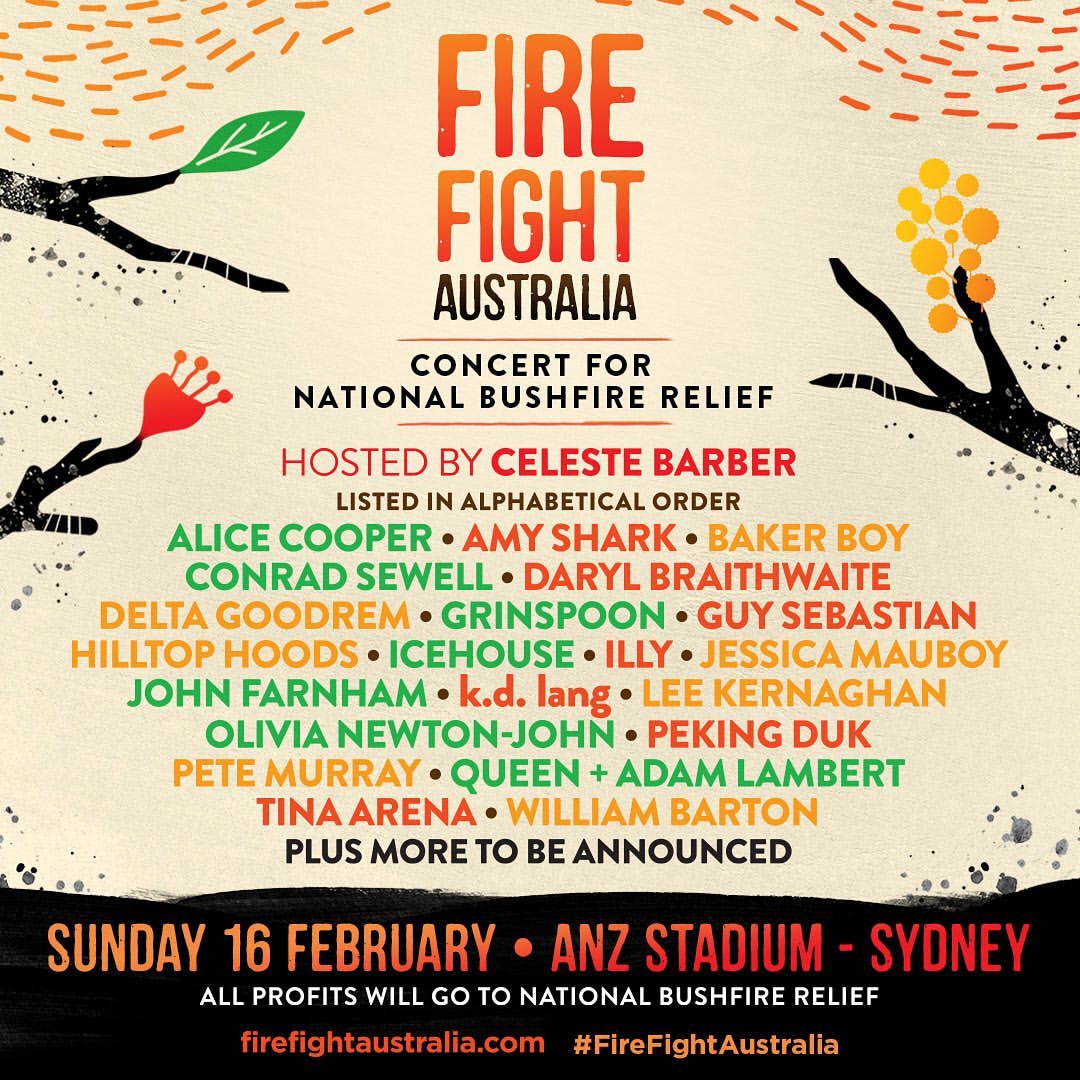