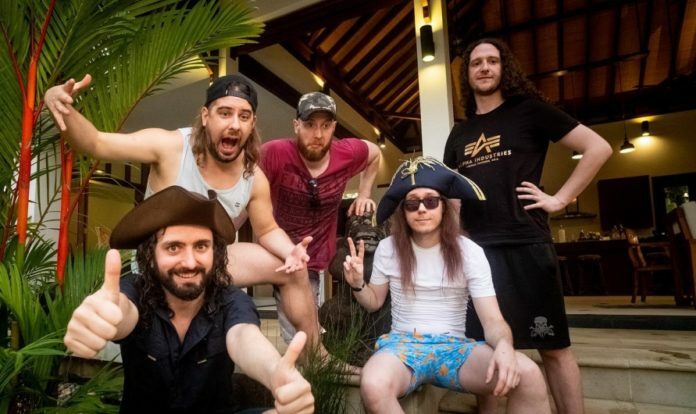 Scottish multi-national heavy metal band Alestorm, consisting of Christopher Bowes on vocals, Máté Bodor on guitars, Gareth Murdock on bass, Elliot Vernon on keyboards and Peter Alcorn on drums, are happy to announce that they have entered the studio yesterday to record their upcoming sixth studio album “Curse Of The Crystal Coconut”, which will be released in this summer via Napalm Records.

READ: QUEEN’S BRIAN MAY SAYS THE WORLD IS ‘INCREDIBLY DEPRESSING’

The group announced its entry into the studio through social media accounts.

“Oh wow, humans of planet Earth! We’re super excited to announce that today we have entered Krabi Road Studios in Thailand to begin the recording of the 6th Alestorm album, which will be called “Curse of the Crystal Coconut”! We may or may not have stolen that title from Donkey Kong.

We’ll be here for the next 3 weeks recording 13-ish songs, some of which will be so absolutely terrible that they’ll never see the light of day. The ones that somehow turn out alright will be released on Napalm Records sometime in the early summer!

LOTS OF UPDATES COMING SOON, stay tuned and we’ll tell you all about it.”

CURSE OF THE CRYSTAL COCONUTOh wow, humans of planet Earth! We're super excited to announce that today we have entered…