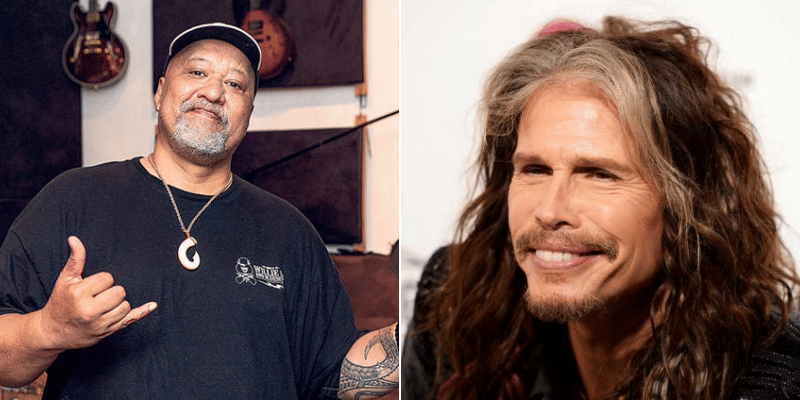 The American rock band Aerosmith singer Steven Tyler paid his tribute to the Hawaiian legend Willie K, who died at the age of 59, and described him as a genius.

Recently, through his social media, the 72-year-old musician Steven Tyler revealed one of the special moments he lived with Willie K and expressed how special musician he was. When we look at the photo he shared, Willie K and Steven Tyler were on stage and performing together.

Steven Tyler‘s special tribute message as follows: “Willie K… Thank you for your sharing genius and heart! We will all miss you. Rest in aloha, uncle Willie.”

In the comments of the post, fans expressed their devastating. They paid their tribute to him and stated how a great musician he was.

Willie K was diagnosed with small cell lung cancer in the first month of 2018. He was 59 years old.

WILLIE K… THANK YOU FOR SHARING YOUR GENIUS AND HEART! WE WILL ALL MISS YOU. REST IN ALOHA, UNCLE WILLIE. 🌴💔 📷@katbenzova_rockphoto