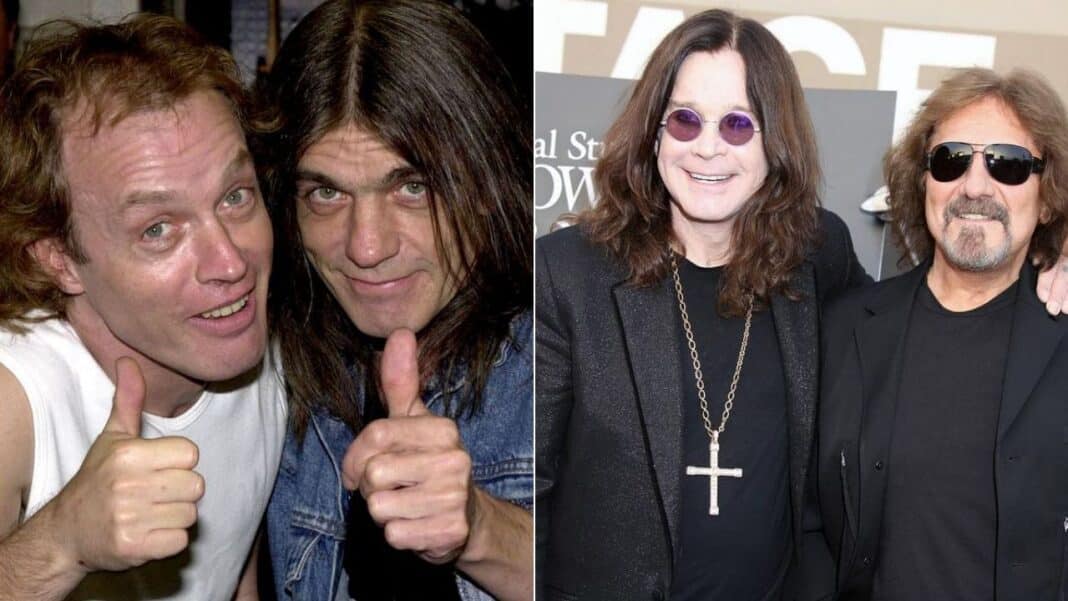 As some of you might recall, Black Sabbath legend Geezer Butler has pulled a knife to AC/DC founder Malcolm Young while they were hanging out and drinking together. Although it was a joke, the moment is still talking between fans.

In a recent interview with Talk Is Jericho, hosted by Fozzy singer and professional wrestler Chris Jericho, Angus Young discussed the issue and remembered the moment they lived at the time. Speaking about the moment, Angus Young also revealed what Malcolm Young behaved after Geezer Butler’s act and how Ozzy Osbourne reacted to his bandmate’s behavior.

When the interviewer said, “There are stories about Malcolm getting into a fight with Geezer Butler. Are these stories true, was he a scrappy lad?”, Angus Young commented:

“No, not really. When we were growing up – you grow up like in your local neighborhood and stuff – and you couldn’t… If somebody was looking for trouble, they picked on the wrong guy because he was very fast.

“The thing with Geezer Butler, I think they were drinking one night and I think Geezer had some knife or something, and he flashed it at Malcolm.

“Malcolm took it off – there’s a trick of getting knives away from people, so Malcolm immediately did that and he said, ‘What are you gonna do now?'”

Angus Young concluded by touching Ozzy Osbourne’s reaction to his bandmate. According to Angus, Ozzy Osbourne said to him that he should tell Geezer Butler that f*ck off. “So it was just the case of that. Malcolm, he woke up the next day, felt bad about it, because we were touring with them, and he thought, ‘I better go and say sorry about the night before.’

“And he went there be bumped into Ozzy, and Ozzy was, ‘What are you doing here?’.

“And Mal said, ‘I had a bit of a run with Geezer and his knife…’ And Ozzy said, ‘Him and that fucking knife; don’t apologize to him, Mal, tell him to fuck off!’ [Laughs]”

Back in 2016, Geezer Butler has opened up about the issue and stated that he did not pull a knife to AC/DC legend Malcolm Young. He added that he was just flicking it when Malcolm Young came up to him and started slagging Black Sabbath.