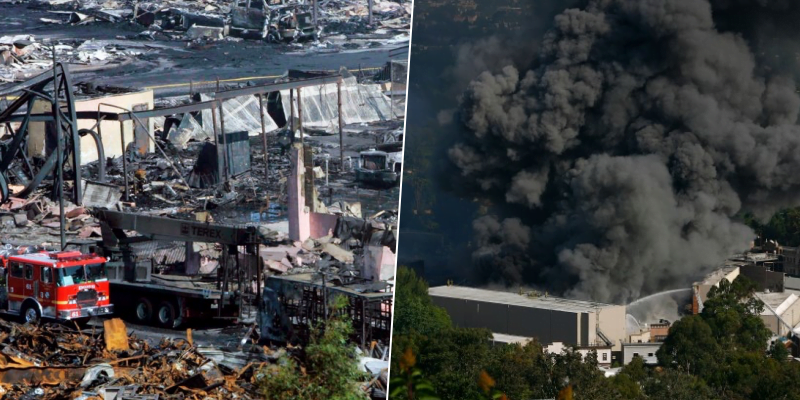 According to new documents obtained by the Rolling Stone, the world-known American global music corporation Universal Music Group has confirmed that the original tapes and recordings belonging to 19 artists, including the American rock band Nirvana, were damaged or lost on June 1, 2008, massive fire, which also called as the biggest disaster in the history of the music business.

Also, among the well-known artists who lost their records or tapes at the unexpected fire, Beck, Slayer, Soundgarden, R.E.M., and Elton John are among them.

When reached for the comment following the new filing, Universal Music Group‘s statement to gave to Pitchfork is as follows:

“The plaintiffs’ lawyers have already been informed that none of the masters for four of their five clients were affected by the fire – and the one other client was alerted years earlier and UMG and the artist, working together, were still able to locate a high-quality source for a reissue project. Recognizing the lack of merit of their original claims, plaintiffs’ attorneys are now willfully and irresponsibly conflating lost assets (everything from safeties and videos to artwork) with original album masters, in a desperate attempt to inject substance into their meritless legal case. Over the last eight months, UMG’s archive team has diligently and transparently responded to artist inquiries, and we will not be distracted from completing our work, even as the plaintiffs’ attorneys pursue these baseless claims.”

In the statement, Howard King, one of the lawyers representing the plaintiffs in the case, said, “Universal claimed 17,000 artists were affected by the fire when they were suing for damages. Now that they face a lawsuit by their artists, they claim a mere 19 artists were affected. This discrepancy is inexplicable.”